Nintendo Amiibo: Everything You Need to Know

In addition to Pokemon Omega Ruby and Alpha Sapphire releasing on the Nintendo 3DS, Super Smash Bros. released for the Wii U.  Right along side the "smash hit" (no pun intended) were the Amiibo.


Amiibo figures are similar to Skylanders...They are cool, collectible, and function in-game.  While Skylanders work in Skylander games, Amiibo will be able to hop titles within the Nintendo framework.  Obviously, not all games will integrate Amiibo, some functionality will be minimal, most will fail in comparison to the content rich Smash Bros., but nonetheless it is a selling point.

The Amiibo figures work with NFC (Near Field Communication).  That funky looking gray rectangle on the Left Hand side of your game pad that seemed like wasted real estate...It is the NFC pad.  You use it to scan Amiibo into the respective games.  It works just like the Portal of Power in Skylanders.  The 3DS lacks this NFC pad and will have a peripheral device released at a later date to allot for Amiibo functionality on 3DS titles.

To cliff note that, the Amiibo look cool and offer in game functionality via NFC.  See, simple.

As of right now there are 29 Amiibo slated for release.  There have been no "Chase" or Special Edition made known at this point, although in a Twitter Q&A Nintendo would not discuss the possibility either way.  At this point in time, these figures will drop in 3 Waves.

Super Smash Bros. (Wii U)
--All Amiibo (as of this writing) are supported in Super Smash Bros.
-Level Up: Go up to Level 50 with your Amiibo
-Customize: Tweak Attack, Defense, and Speed Stats
-Fight: You + Amiibo, You vs Amiibo, Amiibo vs Amiibo
-Train: Increase Stats and Abilities

Hyrule Warriors (Wii U)
--All Amiibo are supported, but in limited capacities
-Link: Unlocks the Spinner from Twilight Princess
-Zelda: Get a 3 Star or Higher Weapon (Can be used ONCE DAILY)
-All Others: Unlock crafting material bonus, Rupee bonus, or 3 Star or lower weapon

*I will update this post with pictures and more information as it becomes available.*

You can keep up with all my Amiibo Unboxings here:
https://www.youtube.com/playlist?list=PLWU7DXRZFRMvsY6jk49OYRYFnpoUI27w-
Posted by 1ofWiisdom at 5:32 AM No comments: 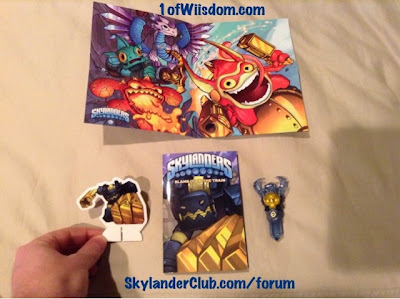 Bonus Content
All Three Standees, Comics, and Traps
In Order (1-2-3) 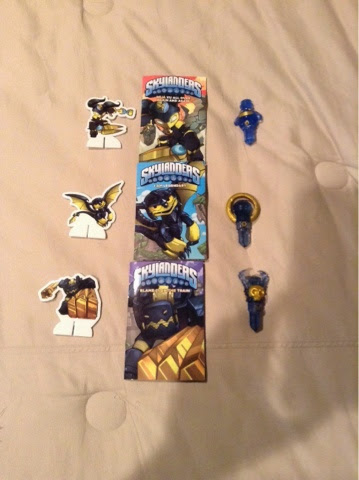 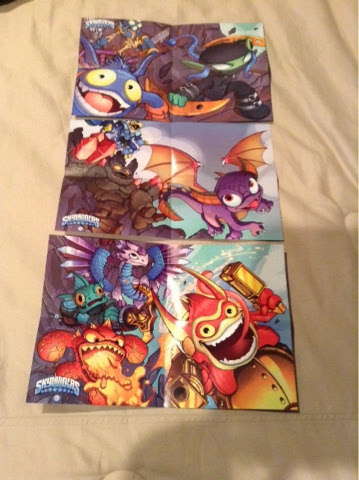 Posted by 1ofWiisdom at 3:07 AM No comments:

What: TRU Exclusive Legendary Blades Micro Comic Fun Pack
Where Did You Get It: Toys'R'US
What Did it Cost: $9.99 plus tax
What Is Included: Legendary Blades Comic, L-Blades Standee, Poster, and the Legendary Spirit Sphere Trap (Undead Element, Sphere)
What Was Stock Like: Very Limited, was to be released 11/9, My store got them 11/20 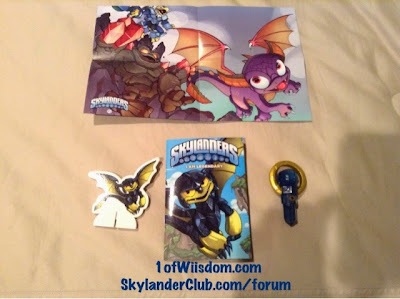 Posted by 1ofWiisdom at 3:06 AM No comments:

What: TRU Exclusive Legendary Deja Vu Micro Comic Fun Pack
Where Did You Get It: Toys'R'US
What Did it Cost: $9.99 plus tax
What Is Included: Legendary Deja Vu Comic, L-Deja Vu Standee, Poster, and the Legendary Flood Flask Trap (Water Element, Jughead)
What Was Stock Like: Well Stocked 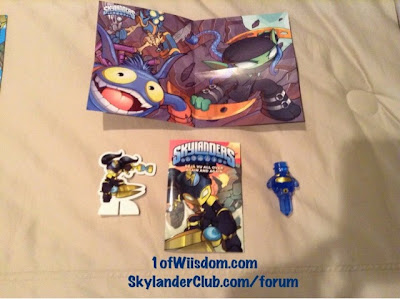 Posted by 1ofWiisdom at 3:05 AM No comments:

SKYLANDERS® FANS INVITED TO SHARE HOW THEY THWART KAOS' EVIL PLAN ON TABLET WITH THE #TRAPANDPLAYSWEEPS PHOTO AND VIDEO SHARING CAMPAIGN Portal Masters Rewarded for Showing How They Trap and Play as Villains in Skylanders® Trap Team Anytime, Anywhere! SANTA MONICA, Calif. - Nov. 20, 2014 - Portal Masters can show their love for trapping and playing as villains in Skylanders Trap Team via the #TrapAndPlaySweeps photo and video sharing sweepstakes starting today. Activision Publishing, Inc., a wholly owned subsidiary of Activision Blizzard, Inc. (NASDAQ: ATVI), recently announced that for the first time a full Skylanders® game is compatible with the latest iPad®, Kindle Fire and Android tablets, and now Skylanders Trap Team starter packs are available at Apple® retail stores nationwide and the Apple Online Store ( http://www.apple.com ), making it easier for fans to experience the magic of Skylands on iPad. To celebrate Portal Masters' ability to play Skylanders Trap Team anytime, anywhere, Activision, the innovator of the award-winning, $2 billion Skylanders videogame franchise, has launched the three-week sweepstakes for fans. With the #TrapAndPlaySweeps, players can show their excitement for Skylanders by tweeting photos or video of themselves playing Skylanders Trap Team to the official Skylanders Twitter channel (@SkylandersGame) using #TrapAndPlaySweeps #Skylanders for the chance to win cool prizes from November 20 through December 11. Skylanders Trap Team on tablet delivers the same game experience with console-quality graphics(1) and comes with its own high performance controller, delivering yet another significant technological leap for the Skylanders franchise. In the game, Portal Masters seek out and defeat the most wanted villains in all of Skylands, pulling them out of the game and into living rooms by capturing them in magical Traps. Players can then send villains back into the game where they play as them to fight for good. "The arrival of Skylanders Trap Team in Apple retail stores nationwide and the Apple Online Store marks a momentous milestone for the Skylanders franchise," said Josh Taub, senior vice president of Product Management at Activision Publishing, Inc. "We're thrilled that anyone who gets a new iPad this holiday season will have the ability to experience the magic of the complete Skylanders game whenever, wherever they want." With a 90 Metacritic review score for iPad, Skylanders Trap Team is compatible with third and fourth generation iPads -- the iPad mini Retina, the iPad Air and the brand new iPad Air 2 and iPad mini 3 -- all offering unmatched portability and high quality graphics that create an immersive, mobile experience like no other. Skylanders Trap Team is playable with more than 175 unique toys from all previous games - Skylanders® SWAP Force™, Skylanders® Giants and Skylanders® Spyro's Adventure. Every character is able to defeat and trap villains using Traptanium™ Traps, providing fans more ways to enjoy their collections. The game is available on the following platforms: Nintendo's Wii™ system and Nintendo's Wii U™ system; a variety of iPads®, Kindle Fire and Android tablets; Xbox One and Xbox 360 games and entertainment systems from Microsoft; PlayStation® 3 and PlayStation® 4 computer entertainment systems from Sony. A different adventure is also available on the Nintendo 3DS™ hand-held system. A free introduction of Skylanders Trap Team is available on the App Store for iPad or at  http://www.AppStore.com . * * * 1ofWiisdom Recap * * *  Also of note, for those of you with an Apple Store nearby, Skylanders Trap Team's Tablet Starter Pack will be getting SHELF SPACE in the store. This is quite the accomplishment as things are usually kept first party at Apple Stores. If you've got a store nearby, check it out! The contest runs 11/20-12/11/2014 and all you have to do is tweet to @SkylandersGame a picture, or video of yourself (or family etc) playing Skylanders Trap Team and include the #TrapAndPlaySweeps hashtag. If anyone wins, be sure to let me know, or post up on the Skylander Club Forum:  http://www.skylanderclub.com
Posted by 1ofWiisdom at 3:00 PM No comments:

Here is an update to an older post where I outlined the 2 DLC Packs for Mario Kart 8!
https://www.1ofwiisdom.com/2014/08/mario-kart-8-dlc-link-acnl-new-courses.html
^You can take this link to see the tutorial on how to get the DLC^


Here is a recap:

Posted by 1ofWiisdom at 4:26 AM No comments: 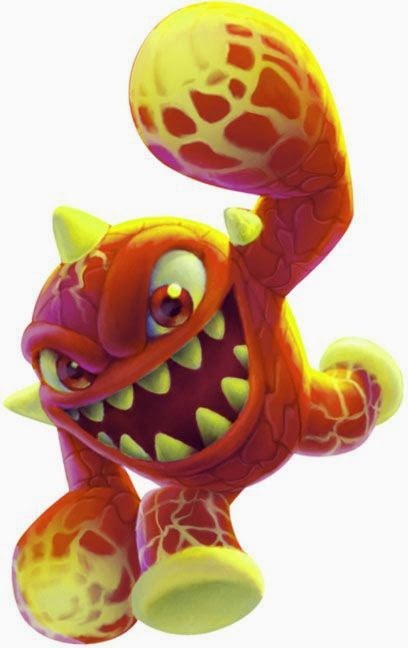 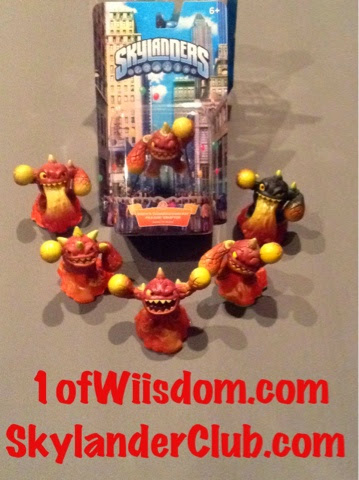 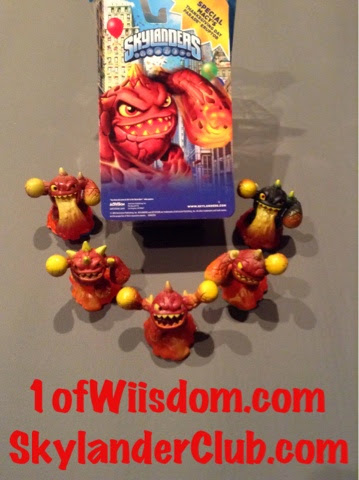 Posted by 1ofWiisdom at 4:15 AM No comments: