So, no need to beat around the bush...this is definitely somewhat of a luxury purchase.  You can comb around online and find new, standard black or white Xbox One controllers for around $45 if you are diligent and catch a break.  The standard issue price is $59.99.

If you step up to the "custom" designs from Microsoft you will find that prices can range from around $50 on closeout pricing up towards $75, with $69.99 being the MSRP.  These include the Dawn Shadow, Ocean Shadow, Dusk Shadow (loved that one!), and the special issue stuff like Winter Forces, Gears of War, Halo, etc.

Basically, you can go standard for $60, special edition from Microsoft for $70, or custom from the Design Lab for $80.

I was at a point where my left analog stick got so bad, a new controller became mandatory.  I will admit, I had my eye on the Dusk Shadow controller for a long time...sadly, they are no longer in production and the resultant stock is basically scalped.  The Ocean Shadow, Blue, and White controllers all appealed to me, but for just slightly more I could go full custom...If you know me, that means I will save the money and take the off the shelf option and keep $10-$20 in my pocket.

However, as fate would have it, Xbox ran the first ever sale on Design Lab controllers.  The offer was $15 off which brought the $79.99 down to $64.99...$5 less than any of the "Shadow" controllers, and only $5 more than a plain-jane Black, or White controller.

Since I do this as a side hobby, enjoy showcase videos, and came up with a design I liked well enough to justify spending the money...I went with their sale and now have this beauty in-hand!

It seems slightly lighter than my original Xbox One controller, has a very subtle texture to the back (which I like), and most importantly has a left analog stick that doesn't track straight up, lol.

I wanted to do Gray on White for the Buttons, but in the preview it looked a bit washed out...I think the high def preview on the following page would have better showcased it, but I had already decided on the White on Black.

Overall I think it turned out great!  I liked my creation well enough to justify the additional $9.99 to add "1ofWiisdom" laser etching on the front.  I figure if it ever gets stole, the pawn show buying it should raise eyebrows, or assuming the thief is a fan of my design and keeps it...will at least have to deal with it having my name on it, lol.  It was tempting to leave the "Your Message" that is the default prompt, but I held out and went for my YouTube username.

Given the sale, I was able to score a true custom controller, complete with laser etching for just under $75...not a bad deal given the pricing nowadays!

The Design Lab is definitely a cool service, and I'm glad I got to finally create and order a controller.  I placed my order early Monday morning (the last day of the sale), and got the controller exactly one week later.  That is way faster than expected and I can't complain about that given it was also FREE Shipping.  The $10-$20 you save there can't be forgotten either.

Moving forward, should I ever have the left analog stick fail again, I would be hard pressed not to go custom thru the Design Lab again...I might hold out for a sale, but it is hard to argue with picking your colors and having your name, or Gamertag etched in the controller!  It would be great to see Nintendo and Sony follow Microsoft's lead and allow players the option to expend a little more for their controller and having something very cool to enjoy and show off!

Let me know what you think of my design and feel free to post up some of your creations...especially if they are in hand!  That said, here are a few glamour shots from my build: 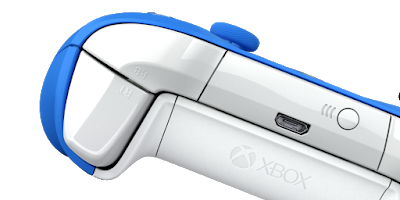 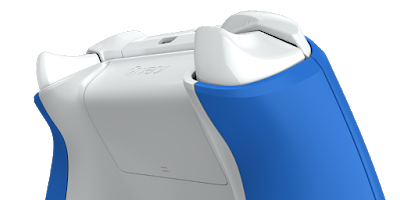 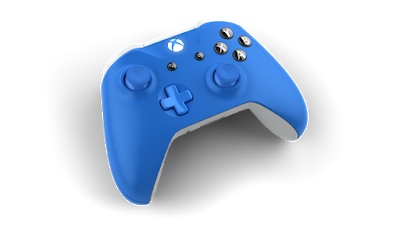