Skylanders Imaginators: What You Need to Know

Well, June 1st, 2016...summer is fast approaching and we are a mere 4 months and change from Skylanders Six, or Skylanders Imaginators as we can now call it!  Imaginators features two big selling points: new Sensei Skylanders and Imaginite Creation Crystals that will store YOUR CUSTOM SKYLANDERS!  Check the video for more information:


Skylanders Imaginators: What You Need to Know

The Only Way to Bring a Gigantic Flaming Chipmunk-Headed Tornado Twisting Dino-Legged Turtle-Shelled Bowslinger with a Robot Voice and a Jet Pack to Life!

Fans to Submit their Skylander Designs for Chance to have
Creations Featured in Game at Launch! 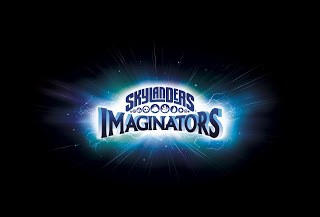 Santa Monica, Calif. -  June 1, 2016  - Since the launch of Skylanders®, kids around the world have sent Toys For Bob, the pioneers of the toys-to-life category, hand-drawn Skylanders with one special request - please bring my Skylander to life.This October, Activision Publishing, Inc., a wholly owned subsidiary of Activision Blizzard, Inc. (NASDAQ: ATVI) will make that wish a reality. For the first time, Skylanders® Imaginators  will empower Portal Masters to unleash their imaginations by giving them the freedom to create their own Skylander.

"Since we launched the very first Skylanders game, we have received countless letters and drawings from kids all over the world sharing their vision for their own Skylanders. No matter how in touch with our 'inner kids' we might think we are as adults, nothing comes close to the endless creativity that springs from the mind of an inspired kid," said Eric Hirshberg, CEO of Activision Publishing, Inc. "We've turned this year's game into the ultimate blank canvas for kids' imaginations so they can create and play their own Skylanders." 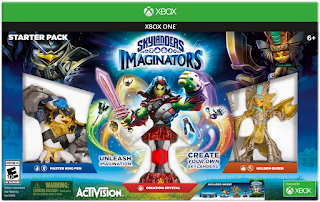 Skylanders Imaginators  gives players immense possibilities -- including appearance, powers, abilities, names, catchphrases, musical themes and much more -- to create the wildest Skylanders imaginable. The amazing depth of the creation system could allow for more than a googol distinctive characters.

With the evil Kaos on a new quest to take over Skylands, it's up to Portal Masters everywhere to create their own Skylanders - known as Imaginators - using the new elementally-aligned toy type called the Creation Crystal. Creation Crystals allow players to transport their Imaginators to consoles at anytime, anywhere!
Skylanders Imaginators  introduces Skylanders Senseis, all-new heroes who represent 10 powerful Battle Classes such as Knight, Sorcerer, Bowslinger, Brawler and more. Skylanders Senseis help train created Imaginators by offering a range of benefits including unlocking super-cool Imaginator weapons, providing access to special areas in the game, as well as bestowing Secret Techniques across the Battle Classes. Senseis also have their own unique benefits including the extraordinary ability to unleash Sky-Chi - the ultimate Battle Class super move. There are a total of 31 Senseis, which include some fan-favorite villains who have been reformed and now fight for good!

"Skylanders consistently delivers on innovative gameplay experiences. With customization a dominant trend in the consumer market, the fact that  Skylanders Imaginators  will allow kids to bring their own creations to life is a game changer and one our customers will enjoy," said Richard Barry, Global Chief Merchandising Officer, Toys"R"Us, Inc. "We are proud to continue to serve as a marquee Skylanders destination, and look forward to fans' excitement when the new  Skylanders Imaginators  game arrives this holiday season."

To celebrate imaginations coming to life, Activision is kicking off the
"Skylanders Art-to-Life Contest." Starting today, Portal Masters are invited to submit drawings of their own created Skylanders for a chance to have their characters represented in the  Skylanders Imaginators  game at launch! To participate, fans simply draw their imagined Skylander and submit it via Instagram or Twitter with the dedicated hashtag#SkylandersArtContest, or to us directly at SkylandersCommunity@ Activision.com.

The judging panel will include Toys For Bob who will determine a grand prize winner. For more information, including rules, visit: Skylanders.com/ SkylanderArtContest.
Starting today, fans can pre-order  Skylanders Imaginators  Starter Packs which include two new Skylanders characters, a Creation Crystal, Portal of Power®and the full AAA game.  Skylanders Imaginators  will be available on Xbox 360™ and Xbox One™video game and entertainment systems from Microsoft, PlayStation® 3 and PlayStation® 4 computer entertainment systems and Nintendo's Wii U™ system.

Developed by Toys For Bob,  Skylanders Imaginators  supports all 300+ Skylanders toys from previous games. The game will be available on  October 16  in North America for the suggested retail price of $74.99. For more information, fans can check out the debut of the Skylanders Snapchat channel or watch the story unfold here and here. 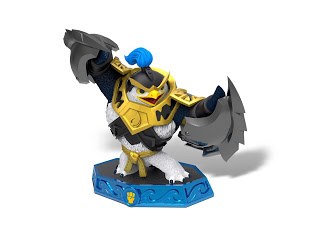 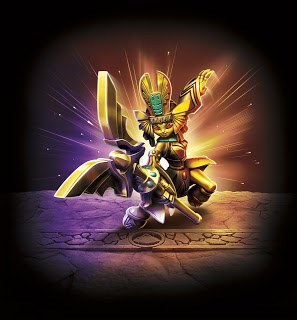 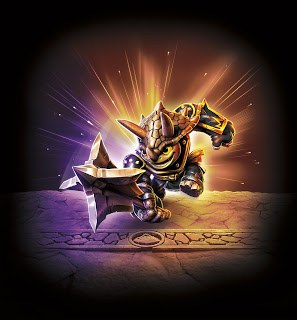 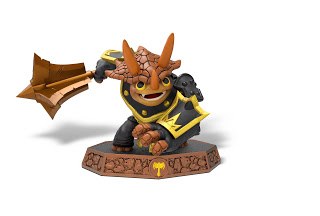