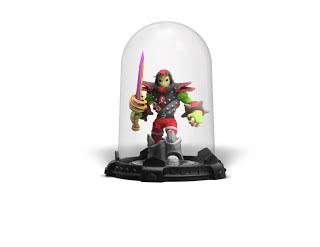 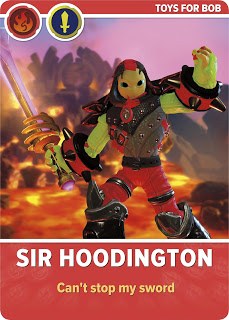 Here is the official Press Release regarding the Skylanders Creator App and information on October's Creation Contest!


WHO WILL YOU CREATE? SKYLANDERS IMAGINATORS WANTS TO KNOW! 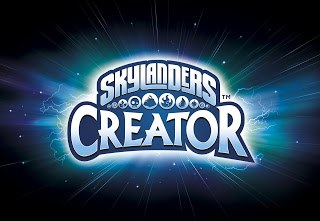 For the First Time in Toys-To-Life History, Fans Can Bring their Imaginations to Life with Custom 3D Printed Skylanders!

The Countdown to Creation begins with the release of  Skylanders™ Creator , a new free mobile app that offers Portal Masters a one-of-a-kind experience to create Imaginator characters on-the-go! Featuring the robust creation tools similar to those available in the console game, players can simply download Skylanders Creator from select iOS and Android mobile devices’ app stores to begin creating Imaginators from scratch – or players can magically transfer their created characters from the console game to the app using state-of-the-art audio technology.
For the first time in toys-to-life history, fans can use Skylanders Creator to immortalize their  Skylanders Imaginators  creations in a variety of physical forms including:
The Skylanders Creator app will feature Timed Imaginite Chests that give users new creation parts for their Imaginators at certain times during the day, daily Sensei Chestsfeaturing special parts unique to that Skylander, a collection menu where players can access all of their created Imaginators, called My Imaginators’ Creation Gallery, and the ability to share created characters with fans around the world. The availability of the Skylanders Creator app features vary by region.
“Since we first pioneered toys-to-life, fans have been clamoring for ways to express their love for Skylanders. Now with the Skylanders Creator app and the launch of  Skylanders Imaginators , the sky is the limit,” said Paul Reiche, co-founder and studio head at Toys For Bob. “This year, Skylanders is putting the power of creation in the hands of fans in ways never before imagined, and we can’t wait to see the millions of Imaginators that will be dreamed up by our Portal Masters around the world.”
The Countdown to Creation month also includes the following:
Portal Masters can unleash their imaginations like never before when  Skylanders Imaginators  launches in North America on  October 16 ! Developed by Toys For Bob and Activision Publishing,   Skylanders Imaginators  empowers players to unleash their imaginations by giving them the freedom to create their own Skylander. Kids will enjoy the immense possibilities  available in the game -- including appearance, powers, abilities, names, catchphrases, musical themes and much more -- to create the wildest Skylanders imaginable.  The new game introduces two new guest star characters, Crash Bandicoot® and his arch-nemesis Dr. Neo Cortex, to the lineup of Skylanders Sensei characters as fully-playable toys in Skylanders Imaginators. A fully-playable Kaos toy will be available for free to fans who pre-order and purchase a Skylanders Imaginatorsstarter pack between  October 16 – 22, 2016 , while supplies last.
Developed by Toys For Bob,  Skylanders Imaginators  supports all 300+ Skylanders from previous games. The Skylanders Imaginators Starter Pack will be available for the suggested retail price of $74.99.
In North America, 3D-printed Imaginator Figures will be available for the suggested price of $49.99 each; includes free shipping. Limited quantities will be available.  Imaginator T-Shirts will be sold for $24.99 each with availability and shipping costs varying. Lastly, fans can get their hands on Imaginator Cards for $14.99; including free shipping. These items will be available using the Skylanders Creator app, which is a free mobile download, subject to availability by territory.
About the Skylanders® FranchiseThe award-winning, $3 billion Skylanders® franchise has sold through more than 250 million toys1 since pioneering the toys-to-life category in 2011 with the debut ofSkylanders® Spyro’s Adventure. The game originated a play pattern that seamlessly bridged physical and virtual worlds across multiple platforms. In 2012, Skylanders® Giants further evolved the genre and added LightCore® characters to the collection of interaction figures. Skylanders® SWAP Force™, which launched in 2013, introduced an all new play pattern – swapability. In 2014, Skylanders® Trap Team reversed the magic of bringing toys to life by allowing players to pull characters out of the digital world into the physical world and became the number 1 kids’ console game globally1. Skylanders® SuperChargers launched in 2015 and expanded upon the franchise’s signature gameplay to introduce vehicles-to-life for the first time.
About Activision PublishingHeadquartered in Santa Monica, California, Activision Publishing, Inc. is a leading global producer and publisher of interactive entertainment. Activision maintains operations throughout the world. More information about Activision and its products can be found on the company's website, www.activision.com or by following @Activision. 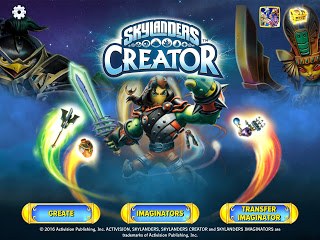 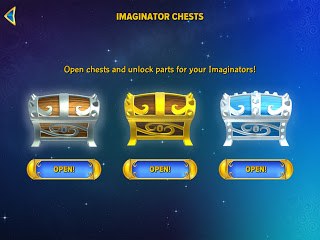 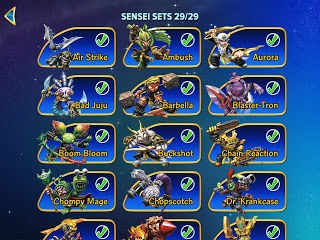 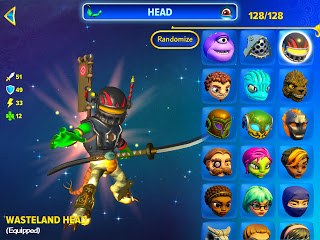 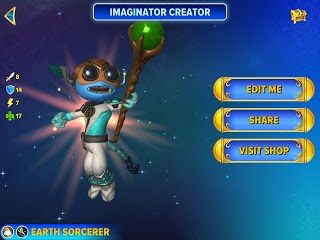