What?  Skylanders SWAP Force Jolly Bumble Blast
Where Did You Get It?  GameStop, local store
What Did It Cost?  $9.99 plus tax
What Was Stock Like?  Limited
What is Included?  Jolly Bumble Blast, Stat Card, and Sticker Sheet 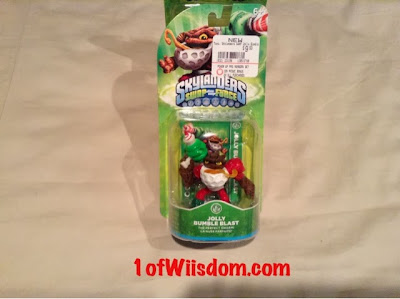 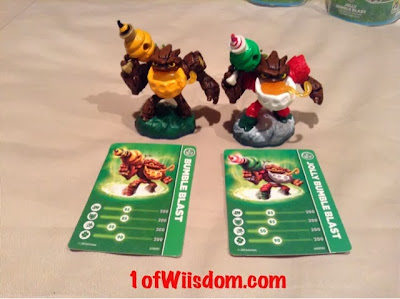 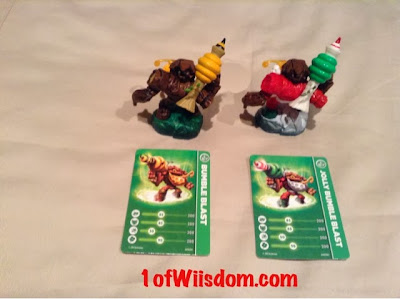 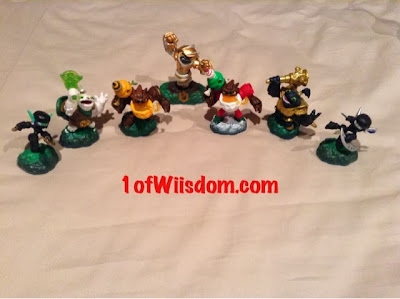 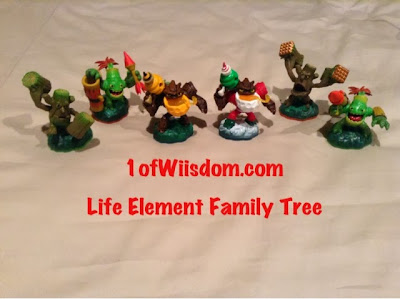 As always, I have to recommend you pick up Jolly Bumble Blast as soon as possible.  The price isn't going to go down and stock could very will be limited.  I wouldn't be planning to buy him from your local TRU come June 2014 in the bargain bin...This will likely be held to about 3-4 weeks post Christmas, or until stock dissipates, which is the gamble you take in waiting.

I have already had several report to me that their local TRU sold out, or that they got the last one at Target etc.  I would not expect him to be super hard to find, but face the facts..This is a special release of a popular character right in time for Christmas.  It literally makes a perfect stocking stuffer and we aren't the only ones to realize that...Scalpers are already picking these up hocking them for 3-4x retail as we speak...If stock slips, think what you might be faced with paying here in a week or two...Just be smart and act early...Then enjoy your holiday season and knowing you'll be bringing a smile to a Portal Master's face with JBB.

For what it is worth, my local GameStop had very limited stock on him...I haven't gotten to check other stores to monitor, but as mentioned, others have told me they've had a hard time finding him...already.

He looks pretty cool and it is a nicely done figure.  If you aren't a fan of Battle Packs this allows you to pick up Bumble Blast without the extra $15+...