At San Diego Comic Con, Activision and IDW publicly revealed the upcoming Skylanders Comic Book Series!  They were on hand with limited numbers of both a "standard cover Issue #0" and a special "Convention Cover Issue #0." 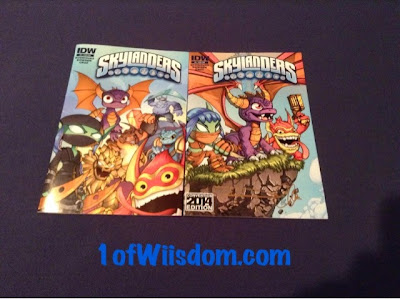 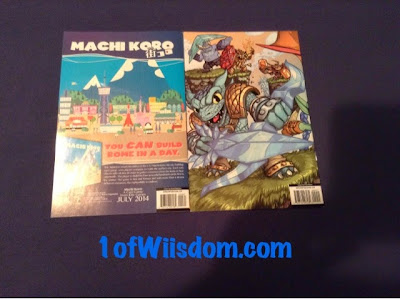 I attempted to make my way out to San Diego to check out Comic Con (mainly to see the new Skylander reveals and get a feel for the event first hand), but was soon met with the harsh reality of how fast (and early) the thing completely sells out.

Luckily, Rob from Coin-Op stepped up to the plate and was able to snag an extra issue for me!  Big thanks to Rob on that end!

Standard Cover from Rob at Coin-Op 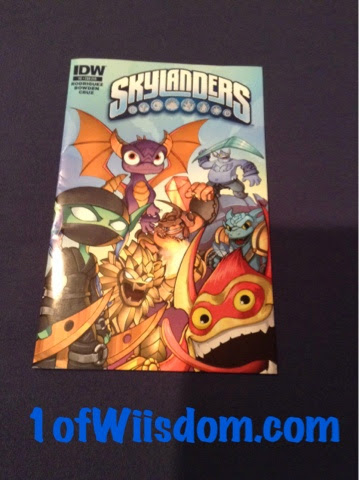 Similarly, I was fortunate enough to not only have obtained the special Convention Cover, but a signed copy at that! 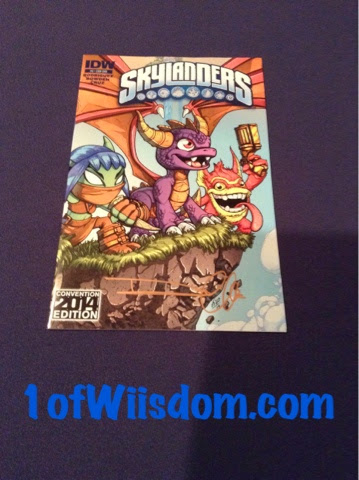 So basically I went from bummed about missing the trip and seeing the new Skylanders in person to getting both covers!

A lot of the early "buzz" had people concerned about the style of art in the comic books.  While it isn't "true to form" like you see in the video game and Mask of Power series etc., it is not too far stretched and pretty typical of what I remember from comic books growing up...

I've read the comic and really enjoyed it.  The artwork plays in well with the story line, which is very well done and more important (at least in my opinion) than artwork. 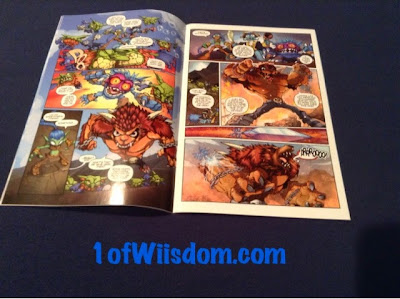 The guys behind the comic are not just hired guns who can draw, they are established veterans of the series...This initial "prequel" issue features several members of the Vicarious Visions staff and we get a continued feel for the individual Skylanders' personalities.

The dry humor and puns are just as apparent here as they are in the game and it ultimately ties the two entities together very well.

The true test of a story line is if it captures you while you read and if you want to continue reading when it ends (see also Issue #1 etc.,).  That is definitely the case on my end and I feel that if I enjoyed it at that level, those of you who follow along on my YouTube Channel and this website will no doubt have similar reactions.

Enjoying the Story Portal Losers? You have to wait until October
Bahahahaha! -Kaos 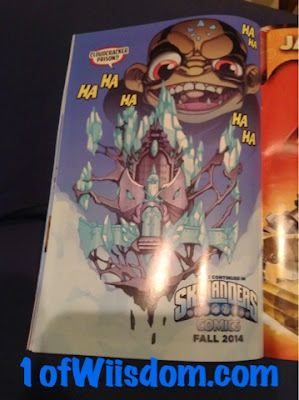 In addition to the artwork, story line, and tie-ins to the video game, this opens up another avenue to enjoy your Skylanders and that is never a bad thing!  For those of you parents out there who are wanting to get your kids to "read a bit more," this is your ticket.  I never understood why some folks make such an emphasis on their kids not wanting to read when the offerings are on subject matters or fictional tales they have no interest in...People, including kids, will eat up information and entertainment when it is regarding a subject matter they are interested in...Take advantage of that.

Something I really liked seeing was the Character Bio after the story.  While this is the same info you can find on the Skylanders Website and Strategy Guide etc, it was cool to have it in front of me, in full color, printed form. 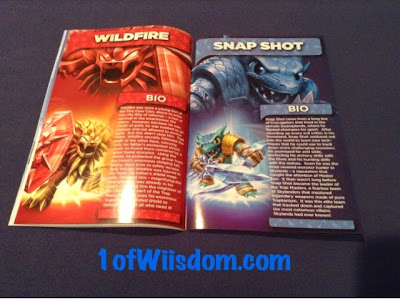 Following that train of thought, IDW has opted to make what they call "Skylanders Micro Comic Fun Packs."  These are literally pocket sized comics that are packed with a complete story, a collectible poster, and stickers featuring one of your favorite Skylanders.  From what I understand there are three of these Micro Comic Fun Packs, at least initially.  It looks like, based on the ad, things will break down like this:
-Stickers: Spyro, Stealth Elf, and Trigger Happy
-Posters: Pop Fizz, Chop Chop, and Kaos (Kaos is the only one to be seen clearly)

The Micro Comic Fun Packs will be sold alongside the Trap Team toys. 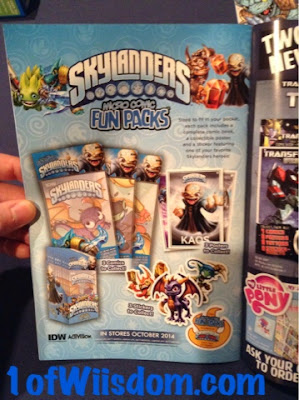 So what do you think of the new Skylanders Comic Book and Micro Comic Fun Packs?  Are you an avid comic book collector who will scoop them up, a Skylander fan who will give it a go, or are you not interested?  I enjoy the series so much I will probably pick them all up.  It is always best to get started at the beginning and pay retail, than put it off, get hooked later, and then regret not having a full set, or pristine condition comics!