Skylanders SWAP Force Wave 4 Update: Scratch & Fryno in the US, FreezeBlade and Trap Shadow in Canada

I opted to make this video on the PC to showcase the nice high-res shots I have of the actual Skylander figures themselves...

That said, while making my rounds Thursday night I innocently tweeted that I was out hunting Wave 4 Skylanders...Needless to say that got a lot of interest...I had everything from a few direct replies to a ton of messages.

As such, I figured I would just make a quick video to kind of update you:


Here is a text for those of you who still prefer to read:

Wave 4 Singles of the Core Characters have started to surface at Walmart's across the west coast.  They will make their way east over this coming week or so. 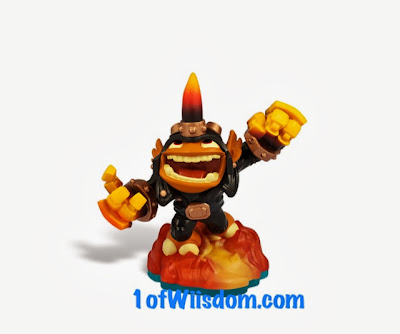 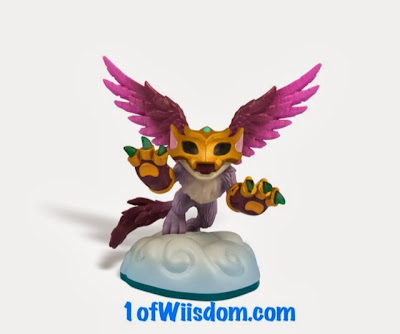 Your next question is probably regarding the Swappers (Doom Stone, Trap Shadow, and Freeze Blade).

Well, consider this your lucky day because Freeze Blade and Trap Shadow have both arrived in Canada at EB Games!  If that follows suit state side you might see them at GameStop before the other retailers....keep in mind that will just be a small chance and a few days. 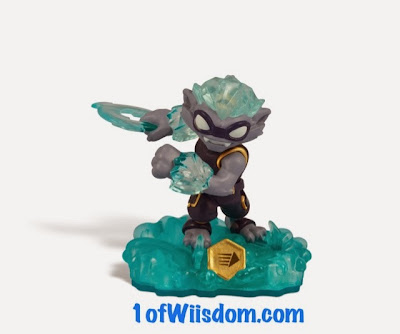 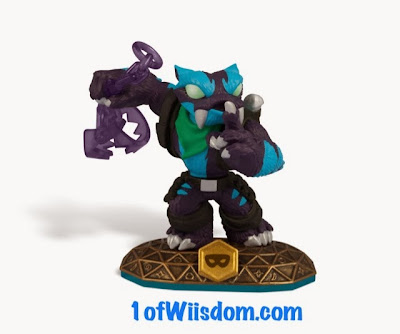 Why do I think we will see both very soon?  Simple.  Target has a solid release date of Sunday, March 23rd, 2014 for Nitro Freeze Blade.  We have never had an in-game variant of that type available BEFORE it's standard counterpart.  That bodes very well for both Freeze Blade and Trap Shadow.

Speaking of in game variants, one of the wackiest to date has to be Springtime Trigger Happy.  I think we should see him very soon as well, obviously with sales intended to go BEFORE Easter. 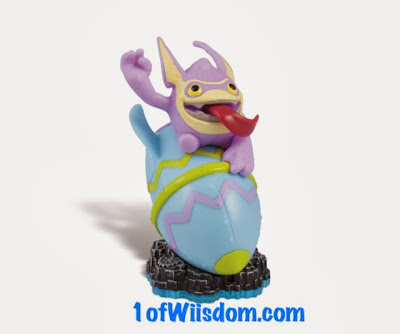 That also lends to the basic notion that the special "Spring Edition" packaging for Fryno and Punk Shock should be hitting shelves soon as well.  As of right now nothing has been spotted. 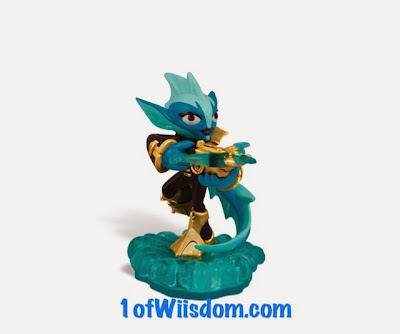 With this initial hit of Wave 4 we are faced with the likelihood that Punk Shock will be the most sought after "Spring Edition" just because she doesn't yet have a standard counterpart.  Keep in mind that with Fryno and Punk Shock the figures are exactly the same, it is just the packaging that is different.

Also somewhat in the dark is Doom Stone.  Could my most anticipated Swapper be relegated to an SSA Wham-Shell like launch some time in June?  Common sense would say that isn't likely as they will probably get him in the mix as soon as they can in order to keep the restocks coming etc.  As a single launch, if the initial quantities aren't up to par, he could turnout to be quite difficult to track down.

That brings me to the issues with Scratch and Fryno.  Out of the limited segment of the country that has access to these Skylanders, the scalpers are back in full kill mode.  You can find some sellers who foolishly post up mile high stacks of either character in their listings.  As always I advise and encourage you to NOT buy from them.  When they wind up with a stack of toys they have to sell at face value, they'll find something else to pirate, or perhaps get a real job!

Everyone should know how I feel about Walmart...in all honesty, I think the last time I was in the place was to get Enchanted Hoot Loop.  I really, really hope that other retailers get the new stuff in this coming week as well so I won't have to waste time going in that place...However, it will become a "must enter" for Enchanted Star Strike...I suppose once every 5-6 months is acceptable, lol.

The other big concern is Nitro Freeze Blade.  Target, at least where I am at, has a really bad history with their special characters.  They finally got in a few more of the Nitro Magna Charge packs, but in limited quantity.  To date, I never saw Granite Crusher at my local store outside of the last two on launch day that I picked up...

Our one saving grace is that usually, in the Spring, there is less demand than fall/winter.

I will continue the hunt here from the homeland and keep you updated on any leads or figures I obtain!

I fully anticipate that Trap Shadow and Freeze Blade will be the favorite Swapper for a large number of people.  I also think Scratch will go over quite well with female Portal Master and dragon fans...Fire Bone Hot Dog should be well received due to his popularity.  Call me crazy, but I am excited about Turbo Jet-Vac's new Wow Pow.

That said, it is all of a sudden a very exciting time for Portal Masters everywhere!

Let me know what you find and be sure to vote in the recent blog polls!