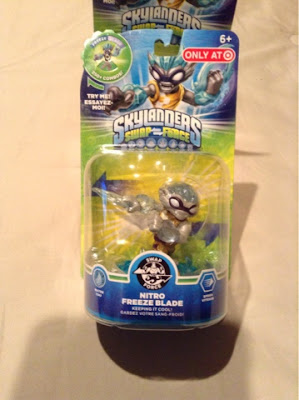 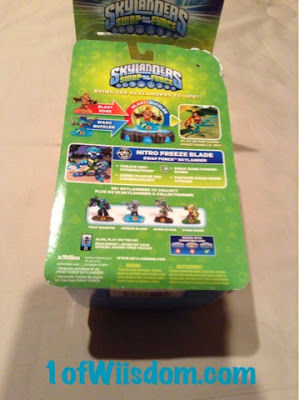 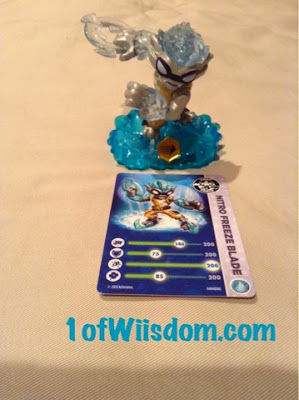 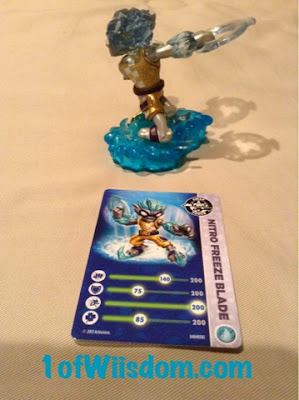 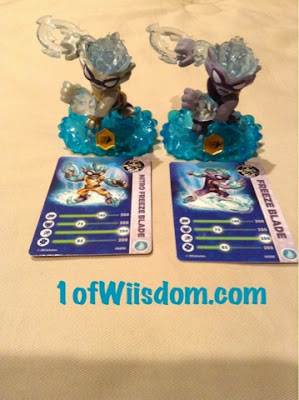 *Nitro's In Game Stats are COMING. 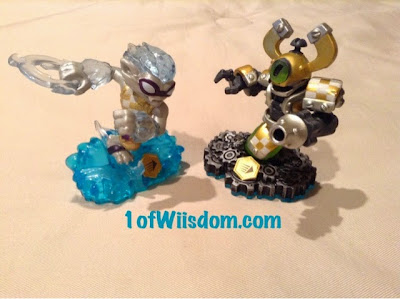 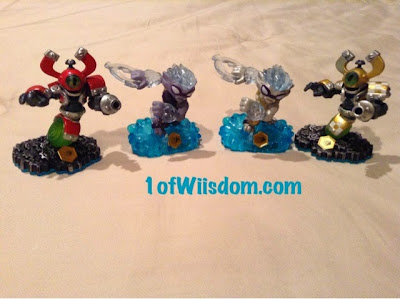 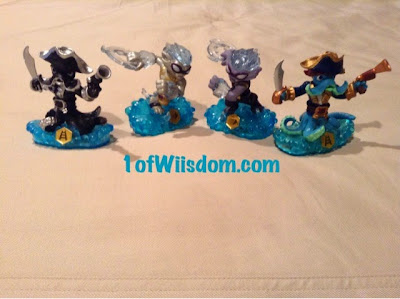 *I covered the blog poll regarding Upgrade Options in the intro of this video.  Please let me know what method you prefer.  I am leaning towards "Option C" where I would have 5 videos for the SWAP Force Characters.  I can stage the vids in any fashion, I just want them to be enjoyable and efficiently informative for you the viewer.  Vote in the poll, leave a comment here, or on YouTube and let me know what you like best.*


I had to go into Target in the late evening and was not surprised to see NO Nitro Freeze Blades available.  As such, I'm never deterred and always like to err on the side of asking.  Luckily I had an employee who I had dealt a lot with and he went and checked where they had been stocked, thumbed thru what was out, and then said, "I guess we sold them all, I do have some in the back though...let me go grab them!"

See, that is exactly why it pays to ask.

He came out with 3.  I believe they were the last three he had, and as usual with special figures I took two.  One will go to my Nephew, or just stay sealed.  He is pretty big into Freeze Blade, so I am thinking it'll be his to do what he wants.

Philip had mentioned his Target, which he hit bright and early on the east coast, had one box of 12.  I assume that is what mine had as well.  Target is always hit and miss on this type of stuff, particularly their "store exclusives."  I say it all the time, but at my local store, which I hit usually once a week, they never got another round of Granite Crushers...ever.  I did travel some around the launch of Giants and saw a few stray GCs hidden at larger stores, but never again at my local store.  Jade Flashwing (Spring of Giants), was very limited, and all restocks sold quickly, or got stashed.  I haven't seen her since mid-Summer at a local store.

Sometimes, you could find Granite and Jade on Target.com, so if you missed NFB  this weekend, I would make a point of checking their regularly.  Similarly, ask your associates...some aren't worth much and have no interest in helping, but as I always state, there are still people that care about helping you and want to do their job well.  They might let you know when shipments get in, or call.  This is less likely at big retailers, but worth a shot.  If you are known as a regular customer and they know you'll keep asking, you'd be surprised what might work in your favor.

My hope is that he is restocked regularly.  I wouldn't expect 12 cases of 12 to hit all Targets tomorrow, but just a few more over the coming months would be nice.  Again, DO NOT pay more than $14.99 for NFB, or any Skylander Swapper for that matter.  As I stated in the video, if I missed him Sunday I would have been checking their website, making trips to the store, asking associates, and doing what was in my power to add him to the collection.  I would NEVER resort to online auctions or pay more than $15 for him.  If I couldn't land NFB for $15, I simply wouldn't have him in my collection.  I promise you, that is the best route to take.  Study up on things, be diligent, and take advantage of your knowledge.  If that doesn't pay off, keep your money to deter the scalpers and invest in other options.

All in all, I love the concept of Nitro Freeze Blade, but gold and white aren't my colors.  I'm stoked to have him to explore the other paths, but in all honesty I prefer the standard color options.  He doesn't look as bad as I had figured, but I personally think a checkered flag design in black-and-white would have been the hot ticket.  I'll also again mention it seems, in my opinion, that Nitro Magna Charge's gold is a bit brighter than Nitro Freeze Blade.  That said, the pictures and video will showcase all of that for you...Enjoy and good luck landing NFB!
Posted by 1ofWiisdom at 11:38 PM