As you should know, this year at E3 the giveaway was not a special character, but rather a special trap containing a villain.  Riot Shield Shredder will be in an game variant of Shield Shredder who will be standard and trappable in the game.  So in terms of you seeing Riot Shield Shredder, we will all have to wait for the release on October 5th.  That said, there was plenty to talk about here including the Trap Designs (Sculpts), number of traps, and most important and solid at this point in time: the packaging!


I had a 0% success rate asking about if the trap given out was reflective of the final packaging we can expect to see on retailers shelves this fall.  Finally, at dinner,  I had confirmation that this was in fact the final design for the packaging.  Given no one else would commit, it is hard to know if that is a definitive yes, or not.  I will say this, the packaging is super nice, well designed, sleek, and catches your eye.  I spent a lot of time covering all the clues that would lead me to believe this was in fact the final packaging, regardless of what people will or will not reveal.

But with that said, if this is not the final packaging I would think it is super close.  Any significant changes might be a downgrade in my opinion.  I truly believe, based on what I see, that this is the final packaging and I did have one "Yes" from the evening dinner.

Sadly, we can't see Riot Shield Shredder or play as him for a few months, but the insights gained from the packaging are of great interest to myself and many of you hardcore fans.  As soon as Trap Team is released I will get some gameplay of Riot Shield Shredder. 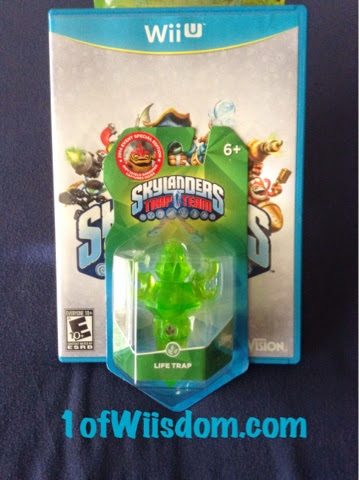