What: Topps Skylanders SWAP Force Collector Card Starter Kit
Where Did You Get It: Toys'R'Us
What Did It Cost: $9.99 plus tax, not eligible for BOGO40% Skylander
What Was Stock Like: Well stocked, first time seen in store
What is Included: See Below!

I felt pretty good having completed the "base set" and obtaining most of the Foil Cards in Topps' Skylanders Giants series...I'm not sure I'm up for it with SWAP Force, but we will see...

Not too long ago Shelly, @Shelly9871, told me her local TRU had their "Exclusive" Collector Card Albums in stock.  I had yet to see them at my local stores until tonight...Having just landed Purple Metallic Wrecking Ball, I was ready to tack on another Scorp or Rip Tide to take home...However, I decided to do the Collector Card Album instead. 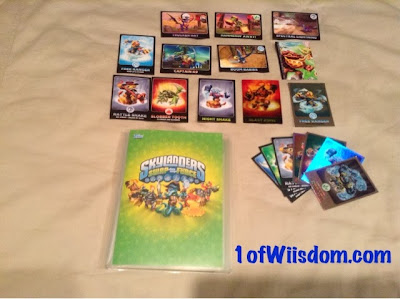 Sadly, and FYI for everyone else, this apparently is not considered "Skylander" merchandise and does not quality for the BOGO40%.  Nonetheless, at $9.99 I feel pretty good about it.

I am not sure, but there very well may be a "second" version of this Collector Card Starter Kit just like there was in Giants.  The special pack in this one featured "Legendary Zoo Lou" and I am betting there is a different character featured in another one...I was honestly too caught up in the PMWB to look closely.  Plus, they were all on one peg. 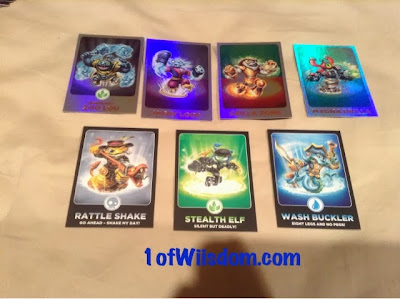 Really not too shabby for $9.99, especially if you plan to pick up the complete set, or just want a place to display a few packs you get from time-to-time. 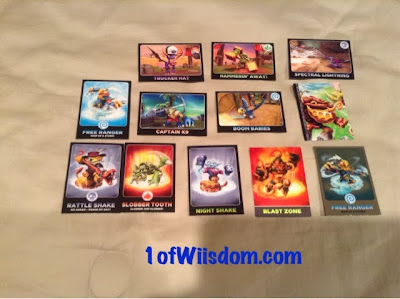 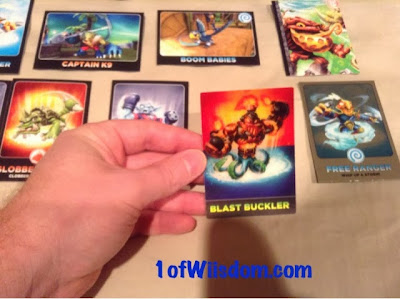