What? Stink Bomb, Life Element, SWAP Force Skylander
Where Did You Get It? Special Delivery and Target
What Did It Cost? $14.99 plus tax
What Was Stock Like? No Stock, In the Back, In a Locked Case
What is Included? Stink Bomb, Stat Card, and Sticker Sheet 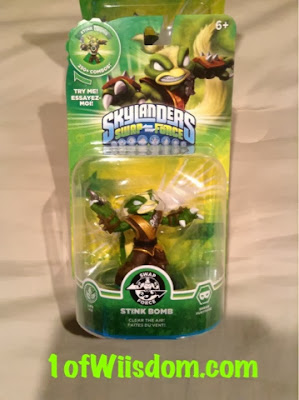 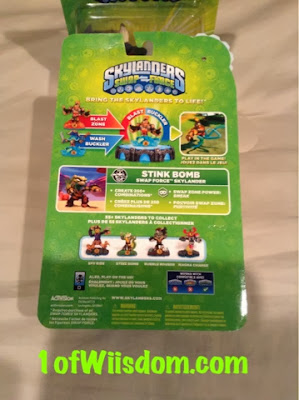 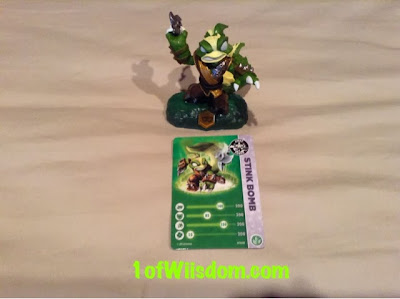 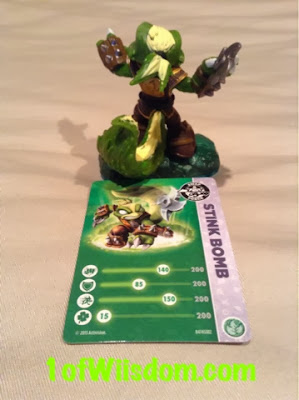 Thanks to a special delivery, Stink Bomb arrived!  I was ecstatic as I had pretty much decided the chances of getting lucky at Target were slim-to-none.  That said, I still tried and it paid off big time!  A super nice employee checked the back and found 1 Stink Bomb and 2 Rubble Rousers in a locked case, in the back.  I took the Stink Bomb and 1 Rubble Rouser...someone else can have the other.  Surprisingly she came out with Hoot Loop and not Spy Rise, who has been reported to be the easiest to come by...That said, I'm not complaining..2 of the 3 have been obtained!

Stink Bomb looks really cool...I am a big fan of the LIFE Element logo on the backside of his vest.  He looks to have a bit of Stealth Elf in him with the martial arts background and Sneak ability...Plus, it looks like he has the chance to be very quick.  Daphney from Twitter has already expressed interest in getting a 2nd Stink Bomb because his paths are so good.

If you are still trying Target you might try for the "locked case" route...it is worth a shot.  The girl at the front said people had been stealing the Skylanders so who knows, it could have been a local "fix" or perhaps something from a top down directive.

I'm not sure how long of a window Target has for the timed exclusive, but it shouldn't be more than a few weeks and I am hopeful that they get stock to justify their timed window, or that we see a nice stock appear at other retailers when the window expires.

I can't stress enough not to rush out and pay 2-4x retail for these guys.  Give it a few weeks and they will likely be common place.  There are more SF Portal Masters out there now after Christmas, but keep in mind not everyone is informed and acts immediately.  If you are diligent and stay in-the-know, you will usually come out on top.  All I can say is good luck!  I am very excited to get this guy on the Portal and see how he performs.  At E3 I saw a clip with Stink Bomb and Night Shift...it looked like they made a very nice pairing (this was backroom stuff btw, no filming).

I will try to get the introduction video up BEFORE the backlog...perhaps this weekend. 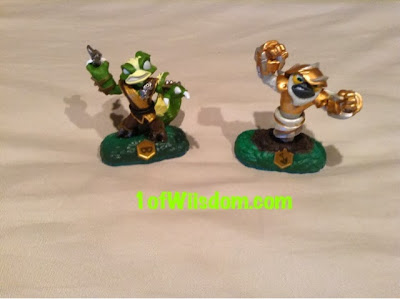