I had mentioned this on Twitter a few days ago and am finally getting to make a post.

Wave 4 should be surfacing soon...how soon?  Who knows.  Activision doesn't seem to be a fan of providing concrete, or even estimated delivery dates.  All early indications suggested Easter as the likely time frame, I would assume we should still go with that, but keep your eyes open, we might be surprised.  When pre-orders for "Blue" Bash opened up today, the estimated delivery date was April 2nd, 2012...I'm shocked it wasn't April 1st (drum kick please!). 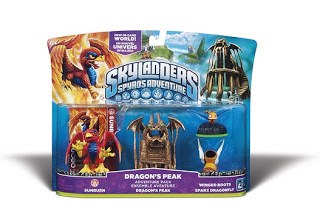 -Lightning Rod (Air Element) and 3:4 (still lack Warando, the Skylander I am looking forward to the most). 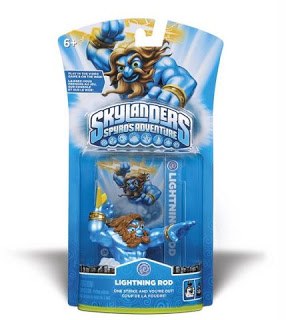 -"Blue" Bash (Special, Earth Element).  This was actually a contest that Skylanders ran allowing Facebook fans to vote for their preferred "rare" release.  I voted blue, and it won.  I'm not sure I'd have picked Bash to be the feature, especially given he is already in Legendary sets, but oh well.  I am 90% sure he will be like the silver/gold Skylanders and appear "normal" in the game, not blue. 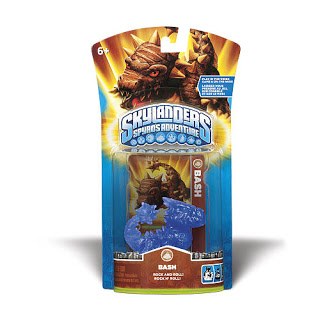 Interestingly, the figure they showcased back with the poll and in teasers looks to be a much darker, vibrant blue than the one shown in the packaging.

Dragon's Peak will be sold the first 30 days as a Toys'R'Us Exclusive.  The saving grace here is that most TRUs has started the "1 per customer" rule to help limit the impact ebay pirates have.   My advice to everyone is DO NOT PAY MORE THAN RETAIL FOR DRAGON'S PEAK OR ANY SKYLANDER .  If pepole quit paying $250 or so for something that retails for $25, the scalpers will quit raiding the shelves.  I know it is hard to hold out, but I'd rather wait a few weeks and spend fair money than shell out a ton.

Lightning Rod and Zook will both be sold in single pack form.

The real question here is when will Triple Pack G (Cynder, Lightning Rod, and Zook) hit shelves.  From my personal experience with Triple Pack F (Whirlwind, Double Trouble, and Drill Sergeant) is that it was much easier to find in person than single packs.  If you have not gotten Cynder, I would advise you to wait it out and look for the triple pack to save some cash.

It looks like early predictions that Ignitor Single Packs would hit the shelves at this time were incorrect.  I guess I would look for him in Wave 5, unless they do a late release.

Legendary Trigger Happy is also out, but is kind of in the Wave 3 bracket in my opinion.

Assuming things hold true and you can get Triple Pack H with Ignitor, Warnado, and Camo that will quite possibly be the best triple pack released.  I'm hoping we don't have to wait until June, but if you consider Wave 3 hit mid-January and we can expect Wave 4 soon, the time frame could play out that way.  All early reports suggested Wave 4 coming around Easter.  Guess we will see if any happen to trickle in before that time frame.

I am very interested in seeing how Lightning Rod plays, especially since we only have Sonic Boom and Whirlwind out now...he is a very unique character.  If I were to rank them in the order I would like them it would be: 1-Lightning Rod, 2-Sunburn, 3-Zook.
I think Sunburn will be very interesting.  The fact that he can teleport has me intrigued.

Zook seems very Boomerish to me...I like Stealth Elf a lot and Stump Smash wins the aesthetics, plus Camo just looks more promising.  That said, I'll give him a fair shot...I'm sure he will have something unique to bring to the table.

Well, that is all for now.  I am still recording time goals on Skyanders and setting up polls.  I currently don't have much of a voice, so recording isn't really an option.  Hopefully I can wrap up the time goals soon and get the videos edited and uploaded!

Also be sure to vote in the polls!
Posted by 1ofWiisdom at 1:24 AM