This Tuesday turned out to be a pretty good day!

Much to my surprise a mystery box from Activision arrived...

I have to say, he looks great!  This will also hopefully serve to dispel the rumors that the Purple Metallics are "fake" variants.  They are, in fact, 100% legit.  I even got confirmation that the folks at Activision even refer to them as Purple Metallic, just as the fan base does. 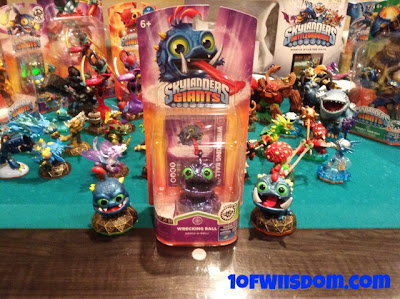 As usual, this round of chase variants has taken form among 3 of the current cast of Skylanders.

I have to say, the coloring really does fit Wrecking Ball.  In fact, that is why in the video I said he would be the most likely to be found.  My logic?  He looks so good and at home in the Purple Metallic he might be overlooked by employees and or other Portal Masters.  While Eye Brawl and Lightning Rod look good in the same paint schematic, they do draw your instant attention as being "out of place."  Wrecking Ball, however, wears this variant coloring flawlessly.  You could literally whiten his teeth back up and all but the keenest Skylander Hunter would likely bypass him. 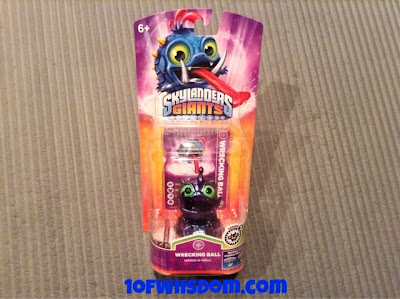 Sadly, I didn't have the heart to open him, BUT I did do my best to really highlight the coloring.  The pictures you have likely seen online from ebay auctions do this coloring no justice in my opinion.  That is why when I opened him I was taken back...The Purple Metallic looks way better in person that what I had seen online.

I do want to mention that the color actually shits and has a bit of a chameleon to it.  The shade you see depends on lighting.  At times he is dead on Purple Metallic, but twist him to one side or the other and you might catch a shimmer of a pink and a glistening dark blue...it really is quite impressive to see.

All that aside, many thanks to the folks at Activision for sending him out!  I can't stress enough that you do have the chance of landing a chase variant.  It all comes down to luck and timing.  While some are plucked by employees, a few will filter through...Wrecking Ball looks so good in this variant scheme he may be one to slip thru the cracks...

These three Purple Metallics kind of caught everyone off guard.  We have a few still looking for S2 Drobot, and some for Ninjini, but aside from the recent release of Gnarly Tree Rex, most have been sitting on their hands biding for news regarding SWAP Force.

Take this as a lesson..it pays to be diligent!  You never know when the next phase of variants could crop up...keep making the rounds and always be alert.  If you find anything let me know!  There are approximately 1,500 of each of these Purple Metallic Skylanders so stay on the hunt! 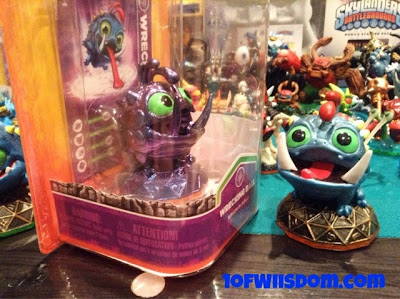 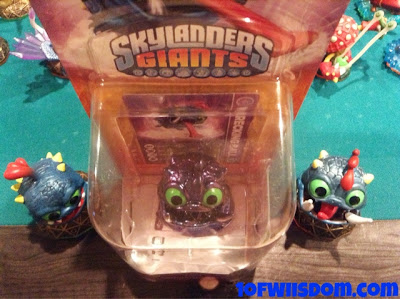