What?  Gnarly Tree Rex, Life Element, Giant
Where Did You Get It?  Walmart
What Did It Cost?  $14.96 plus tax
What Is Included?  Gnarly Tree Rex, Stat Card, Sticker Sheet with Webcode
What Was Stock Like?  This store had around 7 or 8
What Lights Up?  Eyes (Green!) and Photosynthesis Canon (Orange!)
Will He Be Hard to Find?  Currently unknown, but I would get him now based on what we have seen with other in-game variants.


Expect the unexpected my friends!  One of the things that haunted many collectors and Skylander fanatics was Gnarly Tree Rex.  He wasn't like a Granite Crusher or Scarlet Ninjni...Well he is, but not in the sense of availability.  Since launch, Gnarly has been available, but with one BIG catch.  Here in the US you had to buy the special Wii Bundle.  You essentially had to shell out around $150 for a console that has a successor on the market to get the special Starter Pack.

A few people did it...More bit the bullet and paid a higher price for Gnarly, but much less than the console bundle.  Some, like myself, refused to do either.

I have a Wii (which I love), a WiiU, and despite really like the color blue, and thinking Gnarly looked great, I couldn't make myself shell out the cash to get him.  I was tempted when I saw the bundle advertised for $99 a few times.  At that price, you really can't go wrong.  That said, it is still a lot of money and I never did it.  I've said many times not to stress about variants, or rare figures...and certainly don't blow your bank chasing one down.  Think how many games, or regular Skylanders you could get for $150?  It just wasn't practical for most.

Well, much to most everyone's surprise, Gnarly Tree Rex showed up in Single Pack Form this past week!  Definitely unexpected by most Portal Masters.  While it is a tough pill to swallow for those that shelled out $40 or so for Gnarly (or got the console bundle and dealt with selling it off), everyone else is quite happy.

I, like most of you, had just relegated it off.  I was fine not having Gnarly Tree Rex.  Despite that status, it still ate away knowing things weren't "100% Complete."  Livable scenario?  Sure.  But those little things are annoying.

Now, for the price of $15 myself and those like me have landed the previously illusive Gnarly Tree Rex!!

With his appearance coming largely unexpected, you can still swoop in and land him early.  And that may be important.  If he winds up like the other Giants we have seen (Granite Crusher, Scarlet Ninjini, heck, even Legendary Bouncer as of late), you will want to act sooner rather than later.  As word gets out, scalpers will no doubt to buy up stock to hock on ebay.

Really, the only folks that would have been looking this time of year are the dedicated variant hunters and those still looking for S2 Drobot, Spyro, or Ninjini etc.

All that aside, this is great news for all of us and something I suggest you take advantage of while you can!

Here are a few pictures: 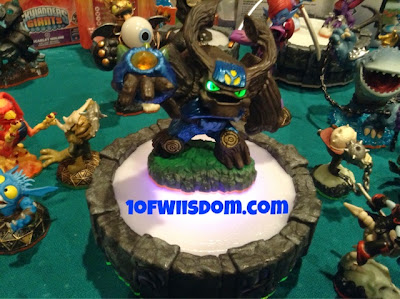 Tree Rex, Lit on the Portal: 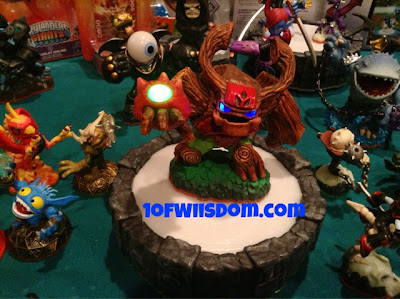 Gnarly and Tree Rex, Lit on the Portal: 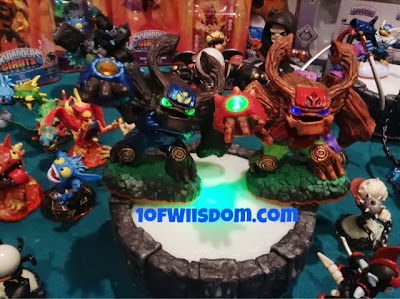 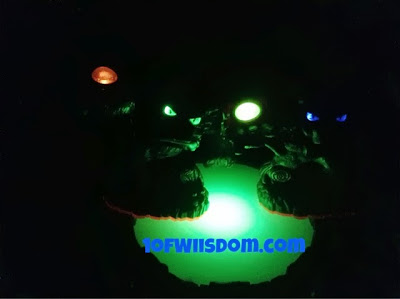 Tree Rex, Lit on the Portal, Lights Out: 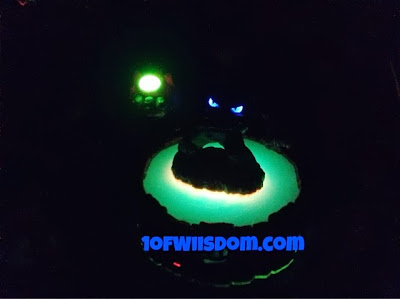 Gnarly Tree Rex, Lit on the Portal, Lights Out: 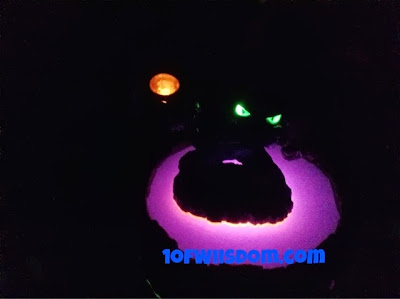 Slogan: "Be Afraid of the Bark!"

Gnarly Tree Rex showing up in single pack form is a very, very pleasant surprise.  Not knowing what kind of quantities he is being released in, I would advise you pick him up ASAP if you plan to add him to your collection.  He looks great, is very well detailed, and as a bonus, even lights up differently!  Good luck!