What: New Super Luigi U
Where Did You Get It?  GameStop
What Did It Cost?  $29.99 plus tax
What Was Stock Like?  Limited New Copies, Primarily Reserves

Unboxing New Super Luigi U for the Nintendo Wii U

I have to say, I was very excited to hear of New Super Luigi U a few months ago.  I felt it was a great addition to the planned line up for the Year of Luigi.  Plus, I knew my Nephew would like it and figured it would make a great Christmas gift...That part kind of fell through since I got it for him today, but I digress.

New Super Luigi U has been out for a few months...as a download.  I am one of those people that prefers a physical copy over any download.  When you factor in how special this packaging is, it made the 2 month wait a no brainer for me. 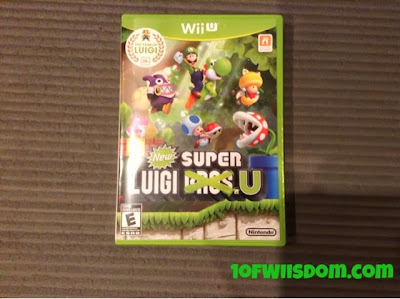 New Super Luigi U is an attractive package...literally.  Instead of the textbook blue Wii U cases (which I personally like) NSLU gets a nice Yoshi Green case.  I say that because the green is more lime than forest...or, in Mario terms, you'd brush a swatch of this on your wall and think it looked like more of a Yoshi color than Luigi.  That said, it is still cool, it is still green, and it is still a nice collector's item.

There is a "Year of Luigi" seal in the upper LH corner and there is no sign of Mario.  Inside the game lacks any special booklets or even a base instruction manual, which was a bit disappointing given the opportunity there to really honor Mario's bro. 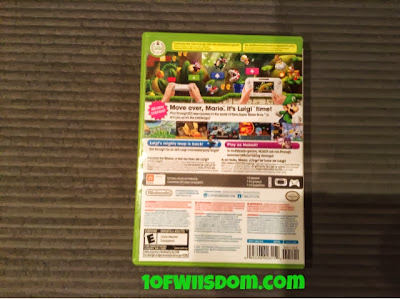 The game disc was also customized...virtually nothing is the same as New Super Mario Bros. U! 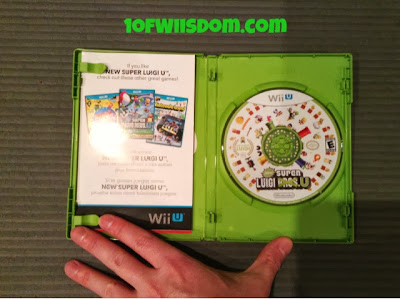 While I do feel they could have done more to honor Luigi, the game was only $29.99, which I think is more than a fair price for what you receive.  In fact I, like many others, plan to pick up another copy to keep sealed for display purposes!  You don't see many US released Nintendo titles in "special" cases...Just a few red ones come to mind from the Wii.  I'm pretty sure this is the first time we've ever seen green on the casing!

That said, what about the game?  From what I know there are 82 courses, all redesigned and structured specifically for Luigi.  Those that are veteran players of the series will no doubt recall Luigi having a longer and higher jump than Mario..that was taken into account here.

The other thing comes with a greater challenge.  The levels were not only set u to be more challenging, but have a 100 second time limit.  This is something I could do without.

While I appreciate the fact it makes the game unique and even more challenging, one of the things I enjoy most is exploring the levels...really taking time to get to know them thoroughly.  That can't happen with a 100 second time limit AND a more challenging layout.  I think the solution could have been that once you complete the game, you can unlock a "Leisure" mode that either defaults the time limits, or turns them off...Oh well, one can dream.

The other touted feature is that you can play as Nabbit...which sounds lame...until someone tells you he is invincible to enemies!  Yeah...game on!  I'm excited to try that aspect out and see how it changes gameplay...that said, I'd prefer to experiment with it in time constraints greater than 100 Seconds, but what can you do?

Still, despite the time limit drawback I am excited not only to own this game, but to play it.  It looks great with any collection and should be a nice challenge for veterans of the series. 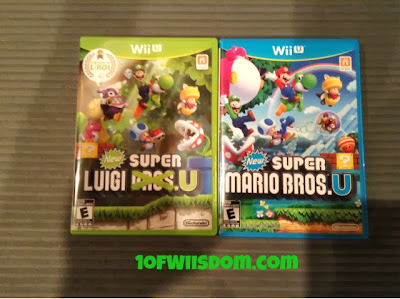 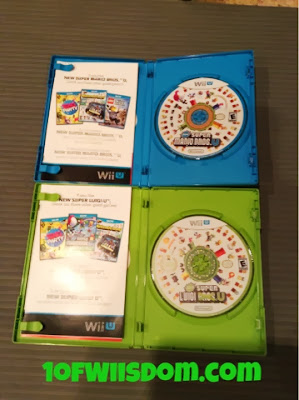 What are your thoughts on the game?
Posted by 1ofWiisdom at 4:18 AM