If you have someone missed the news, we have an exciting development in the Skylanders SWAP Force world.  A new Adventure Pack and Battle Pack are up for pre-order at most all retailers!  You'll find a few screen shots of each, my thoughts on them, and most importantly, links to a few retailer where you can place your pre-order!

The Adventure Pack is the Tower of Time which I revealed to you long ago when I got the official Skylander Day Flyer at GameStop a few days early (Click here: https://www.1ofwiisdom.com/2013/06/skylanders-day-at-gamestop-saturday.html).

As I had predicted, Pop Thorn was the final name, not Gasteroid as many suspected following a leak.  The tell-tale sign was the poster which featured the box art.  The AP will feature Pop Thorn, a new Skylander hailing from the Air Element.  As I've stated since E3, he looks a lot like a cross between Woobat from Pokemon and Wrecking Ball from Skylanders.

The location piece will be the Tower of Time...which looks killer.  The screen shots below not only look great with Vicarious Visions new graphics, but the piece itself looks highly detailed! 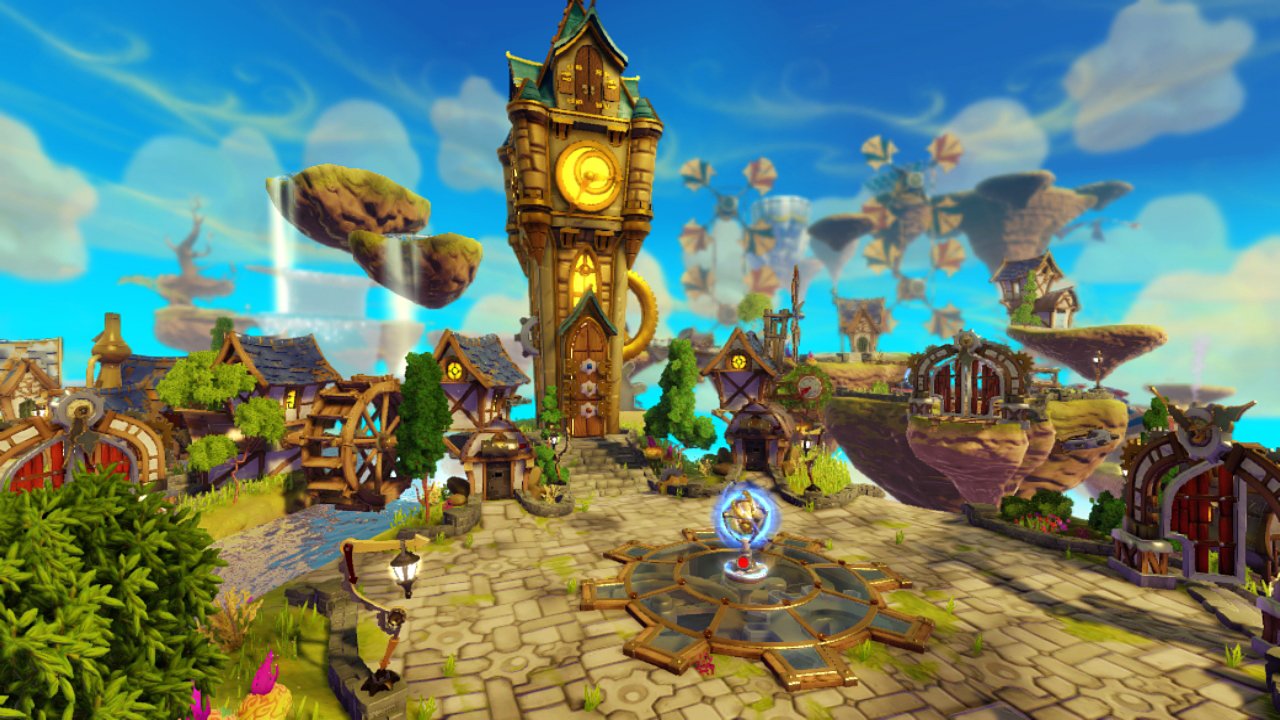 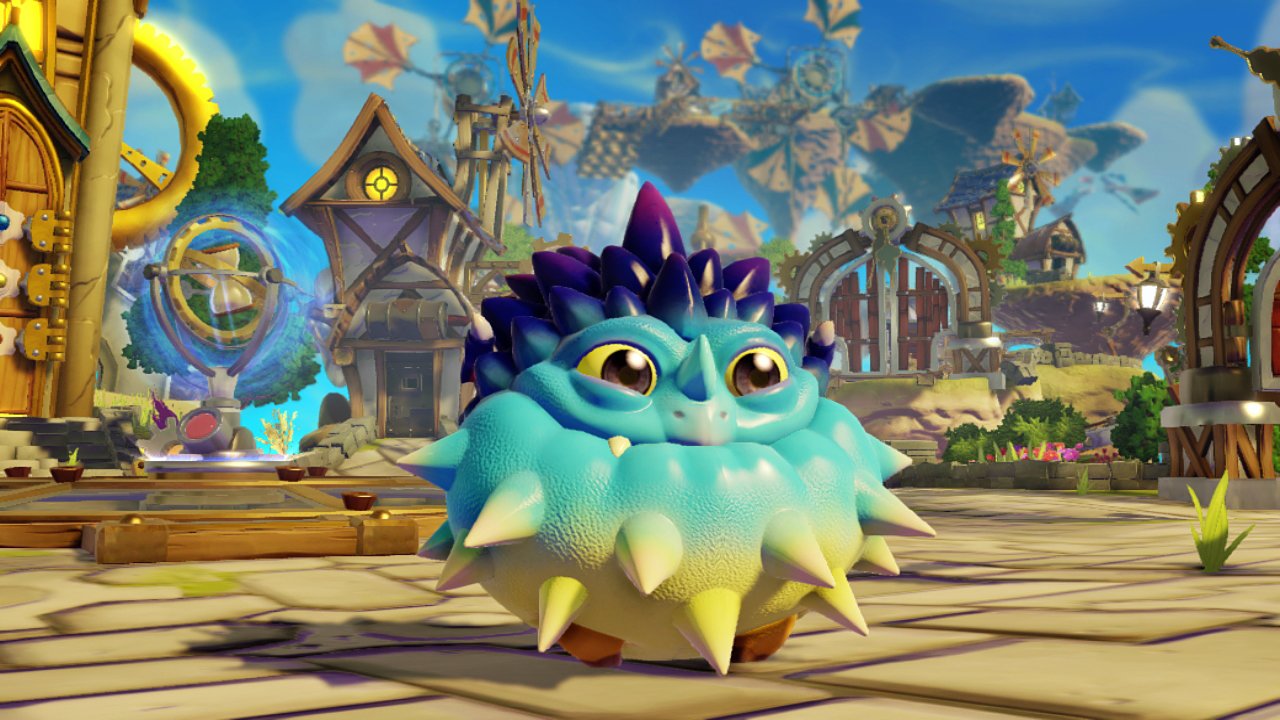 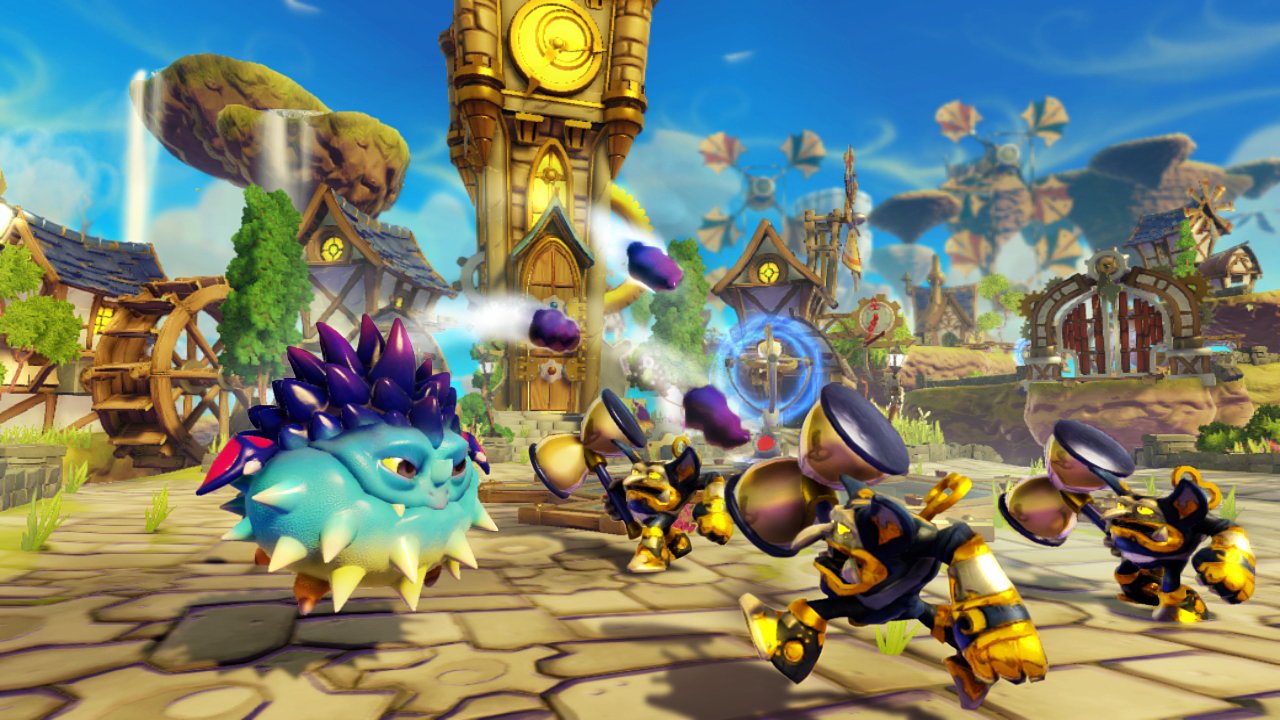 The Battle Pack was revealed in a recent leak and looks to be a good one.  The official name will be Fiery Forge.  The arena looks great, and very expansive.  I am curious to see if the upward ramp is accessible...if so, a lot of strategy could come into play here.  This one also looks like there will be no shortage of potential arena hazards!

In addition to the Fiery Forge (which will unlock the Battle Arena AND likely serve as a damage tool in live gameplay), we get two characters, just like we saw in the Skylanders Giants Battle Packs.

This time, we have Life vs Earth.  The brand new Bumble Blast, a Series 1 Life Element Skylander will face off against Series 3 Terrafin, who we can now, officially dub Knockout Terrafin!

This is really my first look at a well lit Terrafin.  At E3, he was in the first display case at the Skylanders SWAP Fore booth, but was hard to see the detail on thanks to the lighting.  Seeing him in the screen shot and packaging he looks great..I am stoked to see Terrafin back and evolved into his Knockout state! 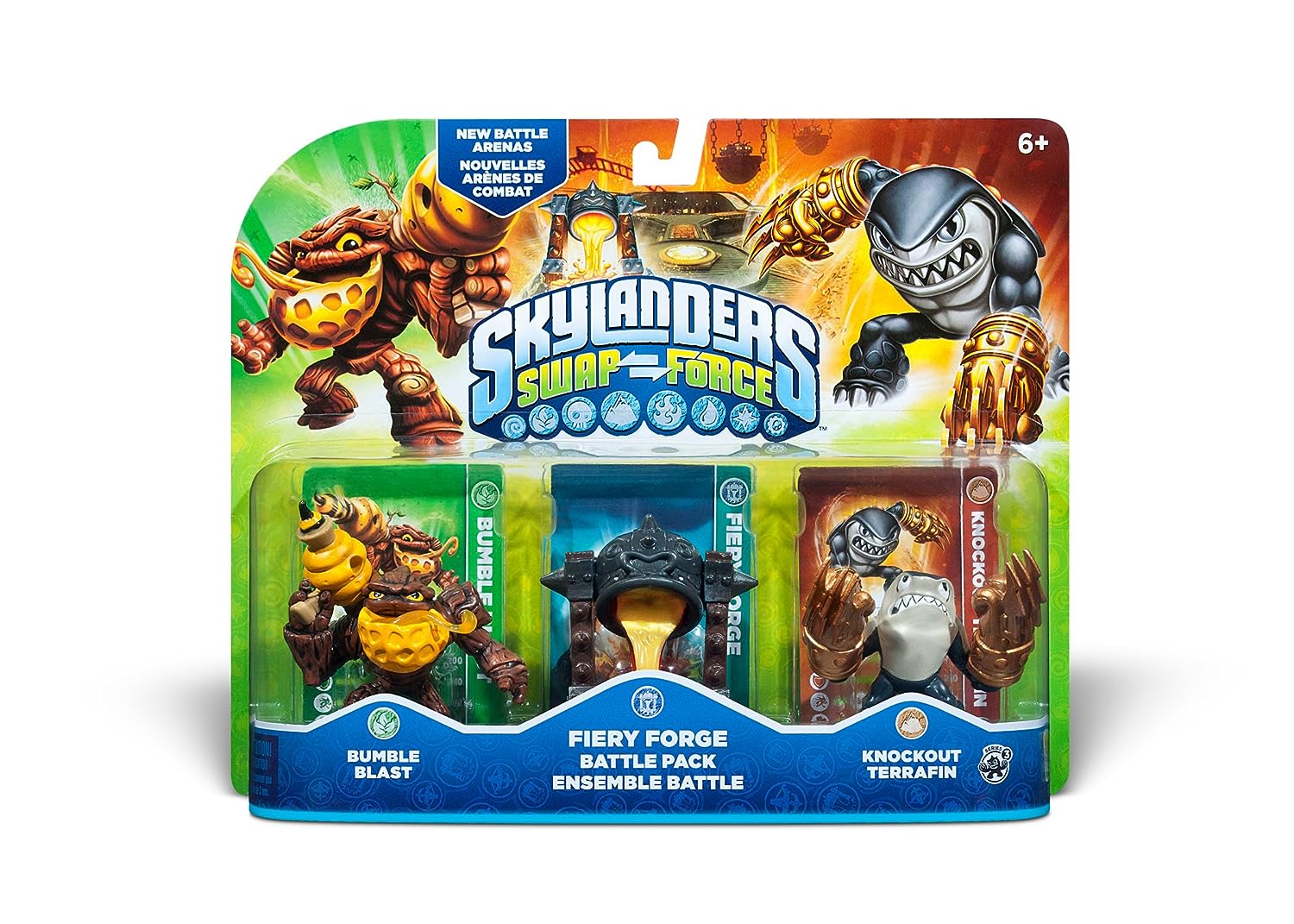 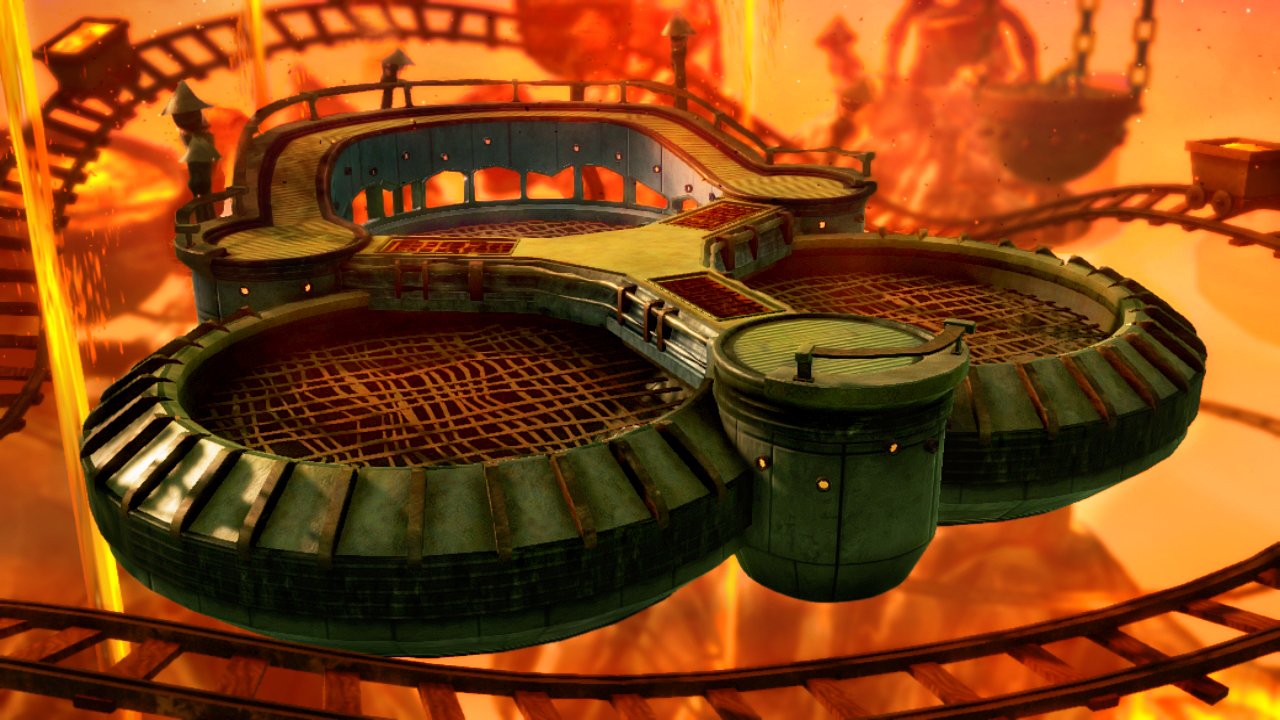 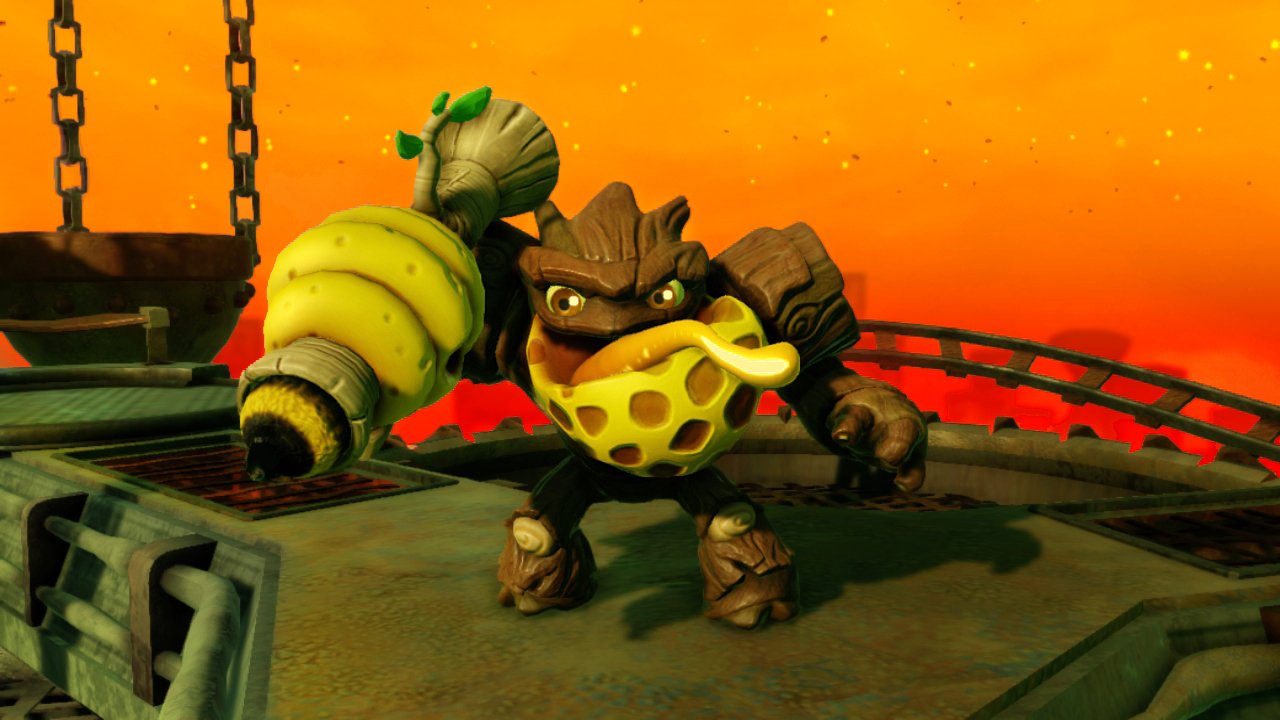 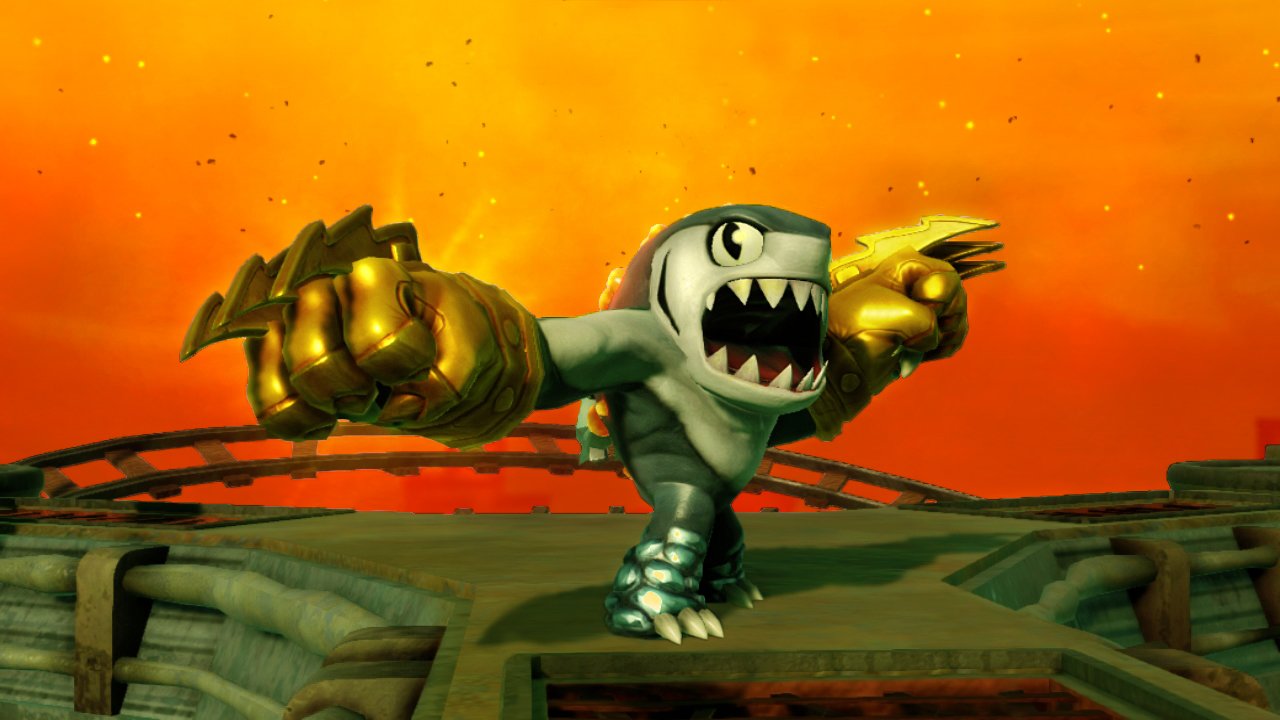 Knockout Terrafin vs Bumble Blast at the Fiery Forge 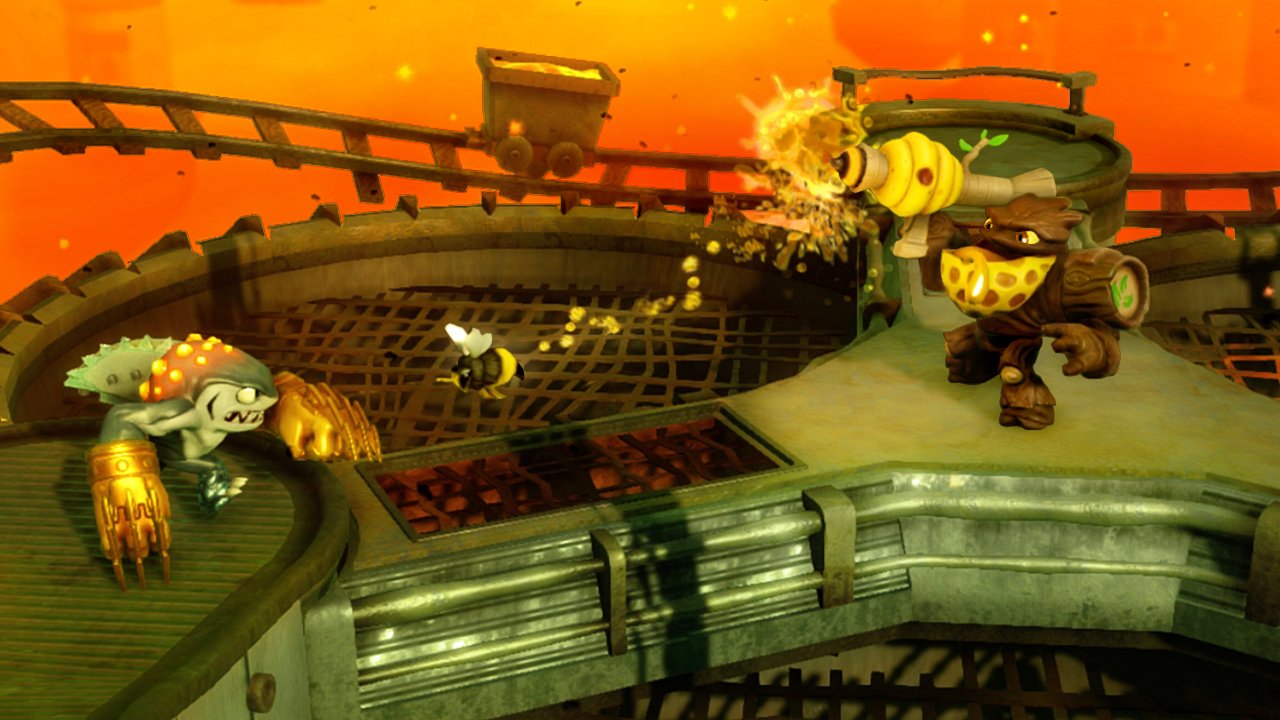 The best news about these pre-orders is that we can pre-order them AND we thus know they will be available at lauch!  When speaking to Guha and Karthik at E3, they both confirmed, to the best of their knowledge, we would have 2 Adventure Packs and 2 Battle Packs.  I would bank on us seeing the remaining packs before Christmas...although, one could possibly hold out until the Spring.

It is interesting we have not seen much of Bumble Blast in any gameplay.  I find him to remind me an awful lot of what you would get if Zook and Stump Smash were combined at the ordering of Swarm.  The blaster gun looks eerily similar to Zook's bazooka and his appearance clearly draws from both Stump Smash and Tree Rex.  The honeycomb looking lower jaw draws comparison to Swarm.  It looks like he is able to shoot Bees from the gun and his tongue looks too detailed in the box art to not play a role in something...It will be interesting to see how it pans out!

That said, if you were unaware of these developments, you now know..and if you are like me, you are probably very excited!  As stated, you can pre-order them most anywhere, but here are a few links: