What: Skylanders SWAP Force Fiery Forge Battle Pack
What is Included: Fiery Forge, Bumble Blast, Knockout Terrafin, Cards, & Sticker Sheets
Where Did You Get It: Toys'R'Us
What Did It Cost: $25.99 plus tax (BOGO 40%)
What Was Stock Like: Nicely Stocked

This battle pack is the bee's knees!  In addition to having my favorite character, Terrafin's latest repose, the Fiery Forge Battle Pack (BP) also has one of the most impressive items I've seen, and a new, exciting character that has me acting the part of a "beeliever" in Bumble Blast. 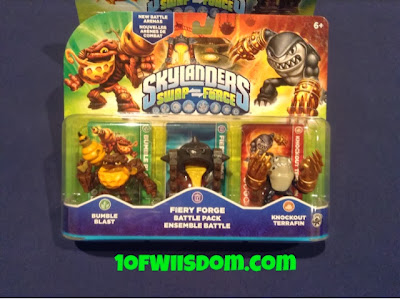 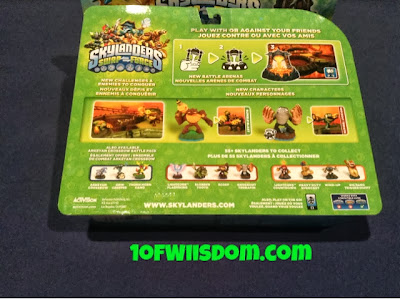 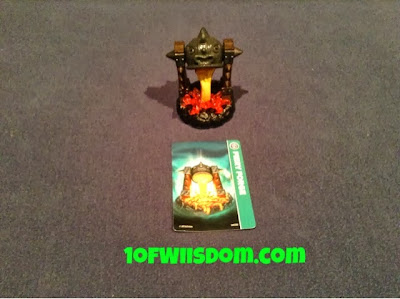 Knockout Terrafin is back in Series 3 Trim with his new Wow Pow, "Have You Met My Kids" highlighted in the repose.  This Wow Pow lets you come out of a burrow and claw slash your foes while they get hit with mini-sharks!  You aren't done there as you continue on in Earth Swim!  This means you can move in untouched, unleash the fury, and leave in the safety of a burrow.  However, it is also said you can almost immediately execute a belly flop to really do some damage. 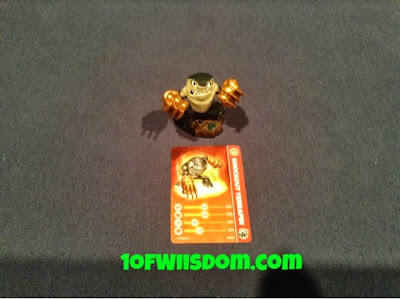 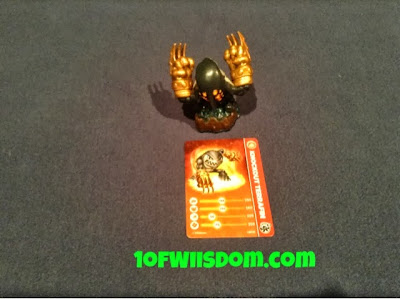 Bumble Blast is my Tree Rex meets Zook meets Stump Smash hybrid, and it looks like his borrowing elements of each will result in a very fun Skylander to play.  He has a Beezooka that upgrades all the way to shooting the Queen Bee and his other path upgrades his secondary Honey Glob attacks. 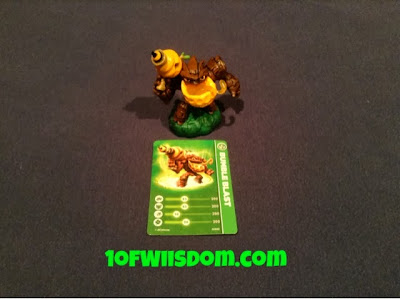 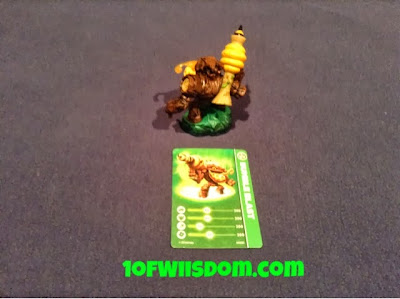 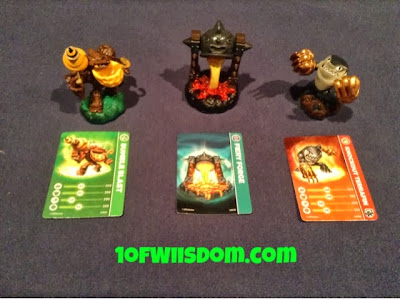 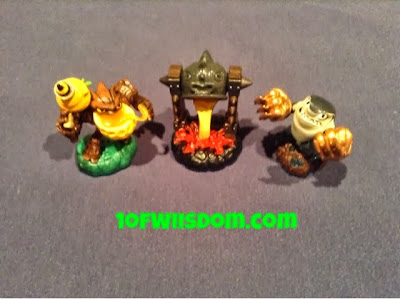