This is a follow up to the post I made back in September about Frito-Lay's Halloween Fright Rider Special Edition Figure: https://www.1ofwiisdom.com/2013/09/frito-lay-spearheads-halloween-with.html

I said it in the video, on Twitter, and even in the video description if anyone reads those...

But a big thanks to Tim, Arlene, and Anthony from Riverside, California!


They had seen my tweets back-and-forth with Frito-Lay inquiring about the whereabouts of the Fright Rider promotional bags and felt for me...They appreciated the videos I've made in the past and heads up I try to give everyone on Skylander deals...

They actually sent me a code to try and win Fright Rider.  I would have been quite content knowing that people appreciated what  I do enough to even think of sending a code, but the fact that it won makes things even better!  Tim got his wife, Arlene hooked on the game after his brother Anthony introduced it to him...It has turned into a nice little hobby/obsession like it has for so many of us.  It is people like this, despite being relatively few and far in between, that make up for all the scalpers and ebay pirates in the world.  You always hear the negative, but rarely the good, when it does happen.  So again, a big thanks to Anthony, Arlene, and Tim for helping me out here!

I literally was at the point of throwing in the towel on this one...I had been looking since day one and never found signs of these bags existing locally.  I got to a point where I checked with a stoker at Target and two managers at my local grocery stores...They reported the same thing I had seen, no signs of them...

My stores have always had plenty of stock here lately, the stock has even been Halloween themed with Frankenstein on the bag...However, this past week those bags were gone and they were back to Classic and Flavor Mix bags with no promo at all. 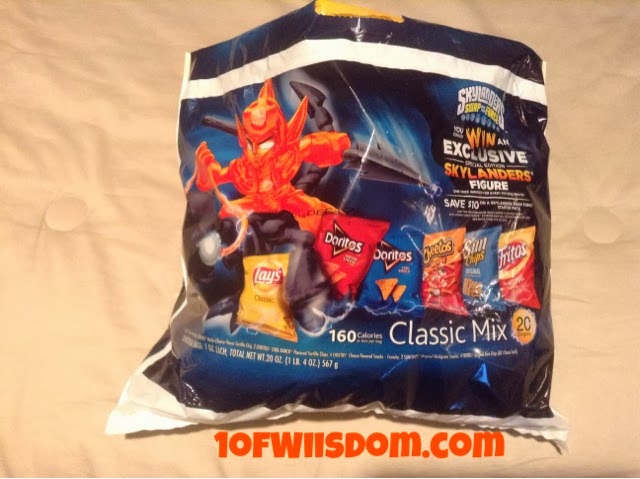 By whatever freak chance of nature, my Toys'R'Us had just gotten bags in?!  I thought it was weird and the employees shared my shock...They actually couldn't get the bags to ring up with the UPC or an item code and had to manually enter it.  The chips were there with the PowerA SWAP Force gear and I guess it was the Ancient Portal Masters looking down on me...Granted this was a few days AFTER Tim and Arlene sent over a code, BUT it gave me the chance to bring this to light and alert all of you to check your local Toys'R'Us, as odd as that still seems. 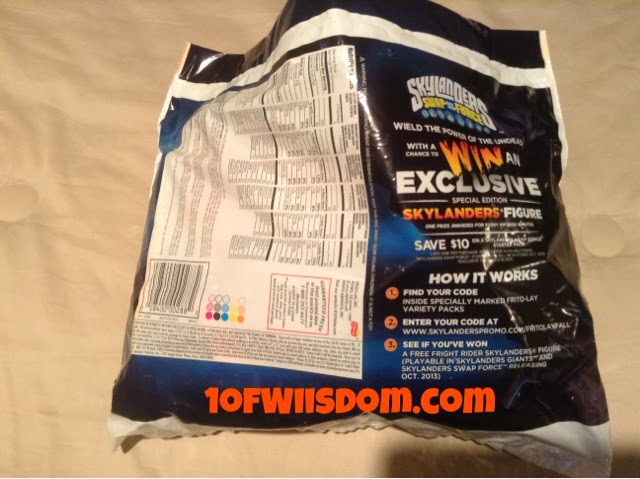 The Quick Draw Rattle Shake bags have already been hitting stores across the country, but I've once again yet to see a sign of them in my area.  I will now actually check Toys'R'Us in the event they are specifically getting the special, promotional bags. 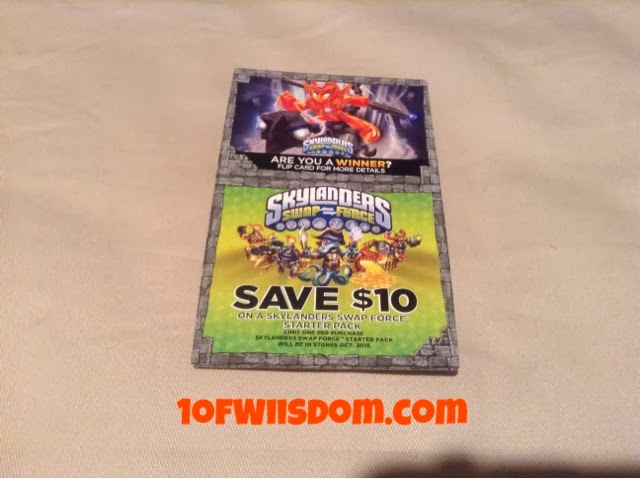 The price was $6.99, which is actually what standard fare is around my area, although they routinely go "on sale" for $5.99.  I am quite happy with the purchase and I am still blown away by the generosity of Tim and Arlene for sending in a code just to try and help.

If you are in, or around the Riverside, California area, I suggest you check out their Facebook page to help area Skylander fans.
Posted by 1ofWiisdom at 11:18 PM