Hopefully you read the blog daily...If so, you already knew about Toys'R'Us getting Wave 2 Skylanders in before other retailers, although some Sam's Clubs had a few of them out as well.

If you missed the news, now you know.  Here is a video highlighting that news and showcasing the Skylanders I was able to track down:

Here is a complete list for what we can tentatively refer to as "Wave 2," although I personally like 1.1, but that is a bit technical. 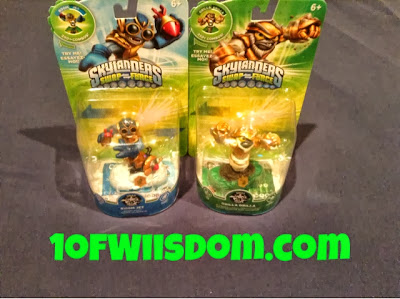 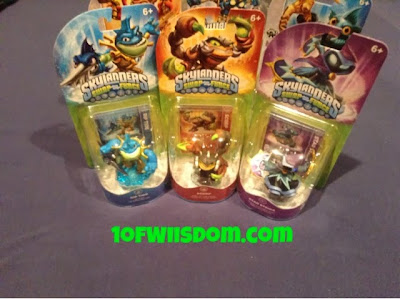 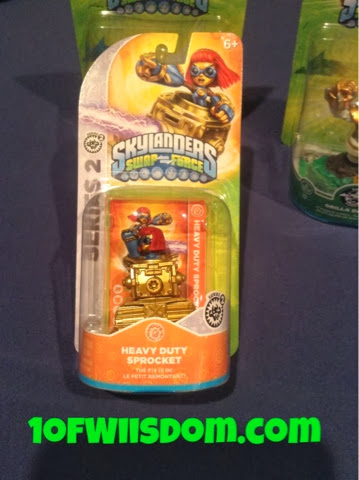 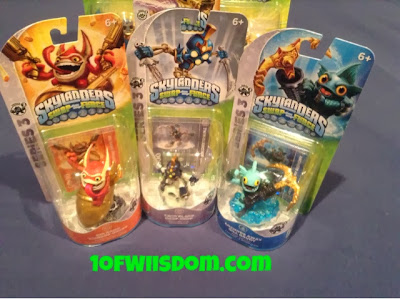 Obviously, since I don't have Fire Kracken or Night Shift we can assume they were either more popular, arrived in lesser quantities, or some combo of the two.  I got the last Boom Jet in the house, and after I snagged Grilla Drilla there were only three left.

Star Strike was really hard to find...I am lucky I located her.

If I had to pick out two more that were "harder to find" it would be Knockout Terrafin and Twin Blade Chop Chop.  Seemed to be plenty of Trigger Happy, Gill Grunt, Sprocket, Riptide, and Scorp.

First, with the release of standard, non-LightCore Star Strike the "Walmart Exclusive" Magic Triple Pack is pretty much dead in its tracks to anyone that gets the game near or around launch.  It would be far more cost effective to pick up TP 1 and TP 2, then snag a Single of Star Strike than it would to buy the Magic Triple Pack and then have to snag 4 other singles...

I think it is still neat and will appeal to many, particularly those at Walmart and who are perhaps new to the series, or just really big fans of Spyro and Pop Fizz.  For hard core collectors and even casual collectors, you are probably going to find more cost effective ways around that pack.  Naturally, it will still sell to "completionists," but that is another story.

Knockout Terrafin really surprised me in Single Pack form.  Had this been a LightCore Bumble Blast I would have been surprised but not nearly as much.  With Giants, the Battle Pack Characters remained tied to that pack to encourage sales as opposed to offering folks with an option to forego that BP right off the bat, in particularly this early.

Scorp is also a big surprise.  Given Slober Tooth's appearance in Single, Triple, and Dark Edition Packs it is hard to have envisioned Scorp launching this side of January.  His release makes me wonder if we might wind up having to wait awhile for the Earth SWAP Force Characters...Of similar interest, Air, Fire, and Undead already have all their SWAPPERS on shelves.  It also seems we will see them in groups of 4, unless they scale back with smaller waves.

Did you see this coming?  Are you glad they were released early, or would you have preferred a bit down the road?  Which characters from this grouping are you most excited about?  Are you enjoying SWAP Force thus far? 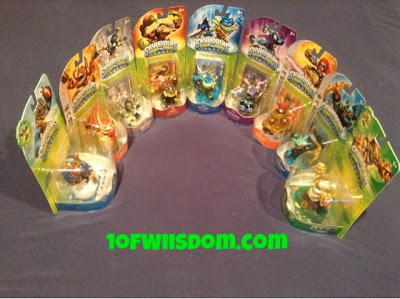