What?  Polar Whirlwind
Where Did You Get Her?  GameStop
What Was the Cost?  $10.99 plus tax
What Was Stock Like?  Local store had 6, still had several when I went late in the evening
Anything Special?  Yes!  Polar Whirlwind is an in-game variant and looks great!

I personally had forecast that Scarlet Ninjini would be the GS Exclusive, but Polar Whirlwind wasn't too far off...Although, I must admit, it makes more sense for Polar Whirlwind to have gone to Target, but whatever...

She showed up early this week and some stores were actually selling Polar to customers, despite the street date.  I tried my luck Wednesday night and was delighted to hear they had just stocked her...I got up to the store and found 6 of them:

Sadly, she rang up as a street date...I told the manager of the promotion and he said he would try  to hold onto them for me, and went ahead and got me the Swap Force Poster and Flyer early due to the mix-up etc.  All-in-all, not a bad deal!

Here are some shots of Polar Whirlwind: 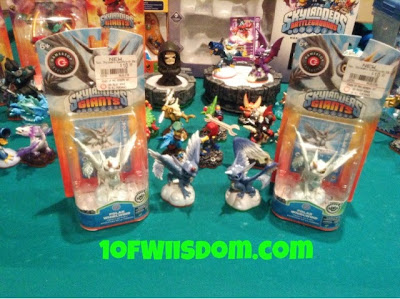 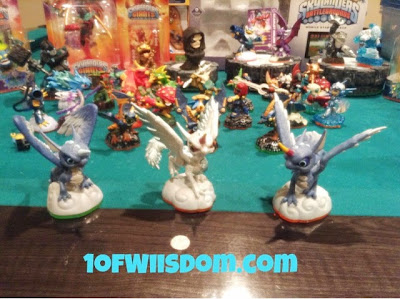 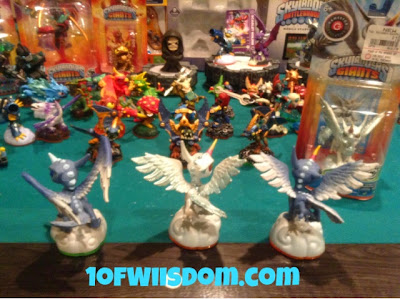 If you want her, I would suggest you move quick and land her ASAP from GameStop.  If she winds up as a timed-exclusive, she will still be most desirable in the original GS form with their sticker.  That said, if she follows the path of other "in game variants" and store exclusives this time around she could be quite difficult to find (think Granite Crusher, Jade Flashwing, Molten Hot Dog, etc).

To help you out, here is the link to her listing on GameStop.com: